Grandfather's stories about the past

When I was a kid my grandfather told me a beautiful story. He even showed me some pictures.The story is set at a time when people and animals understood each other and lived in harmony with nature. But then one day, something happened. The story goes like this:

Once upon a time a brother and a sister lived in a big forest. Their parents werenʼt living with them but they had friends that were animals. One of them was bear named Rocky. He was always very funny and optimistic. The other one was a rabbit named Charlie who had a girlfirend named Lola. She was squirrel. Every day they played new games, explored caves, built castles of sand.

Not so far away lived one very evil man who wanted to destroy the forest to build highway and develop factories. He started cutting the trees and then animals had nowhere to live. Brother,sister and their three friends wanted to stop him so they made a plan.

One more man lived near them and he designed costumes. They visited him and asked if he can borrow them few. He was very generous so he gave them a box with the costumes. They started walking down te forest and when they got to the place where the evil man was cutting trees.

When they catched and scared him they told:,,You will never ever again cut one more tree. Not in this forest, not in other forests or we will eat you for dinner ugrrrrr!“ Now he was very scared and barely talking: „ O...o... okay. I promise that  Iʼll  never cut trees again!“ They said: „And now.. get out of this forest and never come back again.!“

He ran out of the forest very fast. Brother, sister and their three friends were laughing so hard that all animals in the forest could hear  them. After laughing they went to the man who designed costumes and thankhed him. They celebrated the success with a big costume party and lived happily ever after.

Hope you enjoyed the story. 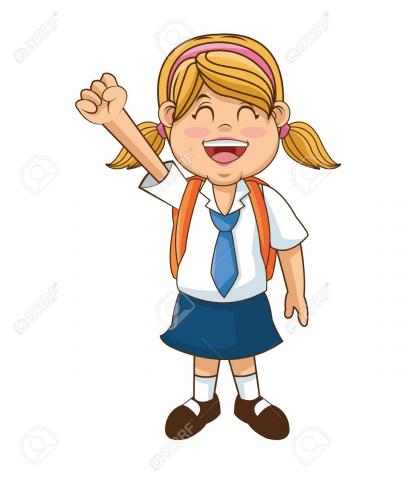