One hot summer day a boy, a girl, a bear, a rabbit, and a squirrel were playing outside. Everybody had a costume and they were pretending to be someone else. While they were playing, they heard some strange noise coming from an old house next to them. They came inside, but there was nobody in it. While they were looking around a boy went to the attic and found an old chest. He called his friends and they opened it. There were a lot of toys in it, but also a treasure map with an X on it. They went outside and started looking where that X could be. When they found a starting point they began following the trail towards the X. On the way, they came to the forest and decided to stop because it was getting dark. They were very tired and soon they fell asleep. Early in the morning some machines came and started cutting all the trees. When the kids saw that they got very sad, but they had to move on. Finally they came to the place where the X was on the map and saw an old house. It was the house of a crazy scientist because there were many crazy old experiments lying in the garden. They found out that he wanted to destroy the Earth by cutting all the trees. They had to stop him. They've decided to scare him, so they made some scary costumes using his old experiments in the garden. When he was distracted with his work they started making noise and then turned on the lights to make shadows. When the crazy scientist saw the scary shadows he ran away. Their plan came through and they went home very happy. Many years later they could still remember that great adventure. 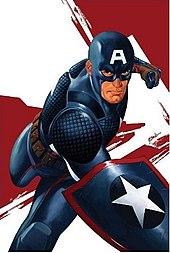