Back from the Past

Back from the Past

Not too long ago, but so ago, there was a boy named Philip.Today Philip is retired, He is 76 years old, so he doesn't have a lot of things to do. Right now he is looking at his childhood photo album. He thought how nice it would be to be a child again. He remembered his old friends. How much fun they had in the local forest, sometimes they'll get in trouble, play football, hide and seek, tag, they even went camping once! To Philip that forest was special, because the animals there were special, they understood him… He befriended them because he knew what they were saying even though they didn't speak, he had a feeling like they understood him… But not the turtle, he just bit him a lot.

Philip was a bit sad after he saw the pictures. He wanted to be a child again. In the newspapers, he read that the entire city was mocking a scientist that claimed he had invented a time machine. The scientists name is Marcus Molty. Philip tried to contact him and he succeeded. When Philip came to the professor's laboratory he was weirded out by the room. The walls were made out of metal, there were wires hanging off the ceiling, a rocket was in the corner of the room, on the desks were hundreds of pieces of paper. It was a big laboratory! Philip was very surprised. When he met the professor something made him think that he was a little crazy. Just as Philip mentioned the time machine prof. Molty immediately asked if he wants to try it. Philip said that he would want to go back to his childhood around 1953, but he wasn't so sure if he would risk going back in time… But out of nowhere the crazy professor pushed him into the machine and turned it on. Philip was a bit sick when he was in the machine. He just appeared in the middle of the city at the address of the laboratory, but there was no laboratory there. He realized that he was a small boy and he saw his best childhood friend, Mary as she was waving her hand! He was very happy! Even though it was raining they went to the forest because Philip insisted that they go say hi to the animals. He found his friends the bunny rabbit, a chipmunk and the bear. Those three were getting along with the boy and the girl like they were normal people. They played until dark and then Philip went home. When he got home he couldn't wait to play with his friends the next day. Tomorrow he found an old treasure map in his attic. He asked them to go on a treasure hunt. The treasure was hidden close to the cut down part of the forest. When they found that part of the forest they looked around and found a hole in the ground. They jumped in and found the treasure chest. But the hole was actually a room with wood walls, floors and a ceiling. In the treasure chest, there were a lot of toys and costumes. Everyone put on a costume which they liked and they had fun playing. When they took a break Philip told them about the time machine. Somehow they believed him!

Mary wanted to prank the crazy scientist. She made up a plan and everyone agreed to it. When they got to the time machine, everyone used a part of their costumes to make a costume monster. Philip knew how to turn on the time machine because he saw the button which the scientist pushed to send him back in time. Professor Molty heard something for the back of his laboratory. When he went to check it out he got frightened and screamed. They explained everything to him and asked if they could visit the forest before he gets them back in their own time. When they got to the forest, they were a bit surprised because it was cut down. The entire forest was gone. A lot of the animals were moving from the forest because their home was destroyed. They were happy because they visited the future, but sad because in the future their forest is destroyed. When Philip's friends left he felt that he filled the void that was in his life by going on that trip to the past and visiting his old life. 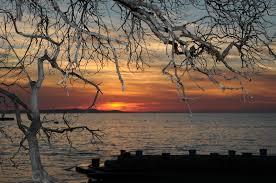