Once upon a time a boy named Fran and a girl named Sara lived with their good friends, a bear, a squirrel and a bunny. They had a lot of toys in their chest and they wanted to play together but they didn't know where to play.

Then Fran took his binoculars and started looking for a place.

He saw a beautiful forest and they went there to play. It really was a beautiful and peaceful place where everyone could enjoy themselves.

On the other side of the world there was a scientist who often had new ideas. One day he got the idea to use this place to build a railway track. He planned everything carefully and when he finished, he decided to rest for a while.

He took his old album and in it he saw a picture of himself as a boy playing in the forest. But he didn't give up his plan because he thought he was doing something good.

He decided to create a machine that would destroy all the trees in the forest. He started building it and after it was finished, he started destroying the forest.

A sad squirrel with tears in her eyes looked at the forest destruction and thought about leaving. She told that to her friends but they decided to defend the forest and try to save it.

The children rushed to help them. They put on some very scary costumes that they had in their chest. Fran put on the dragon costume and Sara became an Indian. The bear dressed up as a pirate, a small bunny became a knight and a squirrel a flying monster.

When the man who was operating the forest destroyer saw them he was so scared that he ran away and never came back. Soon after the scientist saw that his plan didn't work and got very upset. He went away and nobody has seen him ever since. 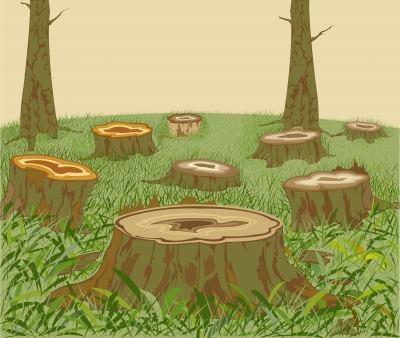