Hi kids! I am grandpa Tom and I will tell you a story from my childhood.

My friends and I were going to play in the forest... but I saw something strange. There were machines all over the forest. They were cutting trees. They were working for evil scientist Luigi. Luigi needed tres for his lab experiments. So we decided to stop him. We came to my house I saw a strange chest next to  my wardrobe.

" Hey this chest wasn't here before."

"Okay" So we opened the mysterious chest and we found a lot of costumes.

I was a dragon, Squiearlly was a batman, Ted was a pirot, Ashley was an indian and Ronnie?...  he was a knight. When we were walking something fell on my head. It was a map which lead to Luigi's lab. We followed the map and we got in his lab.

"Roar!" we shouted. It was so funny when he packed all his things and ran away. "Hahahaha" We saved the forest and all the animals. We enjoyed to play in our forest. The animals prepared a forest party for us. It was awesome and fun. We danced and played games. The animals were so happy so they started singing their party song named " A forest life". The song was super cool. Now we are all friends and we are playing in the forest. 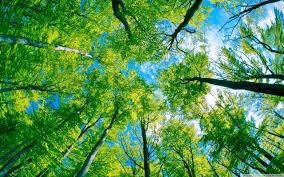