Iva, Igor, Teddy and a couple of rabbits were in the attic and they found an old chest full of different toys: a ball, a plane, a robot and lots of other toys. Grandfather was in his room and he was watching an old album with pictures in it. He was overwhelmed by the memories of his childhood. He saw a picture with his pet cat. He recalled a trip to a national park. There was also a picture of a ball with which he had broken a window. Happy and sad moments were changing as he was watching the photo album. He told his grandchildren how to walk with friends through nature. After a few days, the children went on a trip. As they arrived, they looked through a pair of binoculars and at one point they saw something in the grass. It was a weird map with a ship, a train, a forest, a mountain and a castle on it. Children decided to follow the directions on the map. They passed through destroyed forest and meadows. Finally, they saw a castle. There was a strange man in it. He was a scientist and he did a variety of experiments. He was studying the universe. People who lived in that forest were very sad because he wanted to destroy their home. One night, the wicked scientist saw a shadow of a strange and terrifying creature in his lab. He was so scared that all his documents flew away. Suddenly, he started a fire which burned the castle and nobody saw the scientist anymore. That strange creature which scared the scientist was grandpa and his grandchildren. They saved the forest, returned all the animals to their homes and they were all happy. 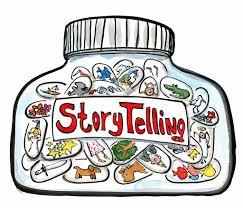