This story starts with five friends: Luka, Ana, a bear, a rabbit and a squirrel. The bear, the rabbit and the squirrel are not nicknames, they are really animals. This story would end differently in real life, but nobody cares for that. Ok, so let's bring the unrealistic and a very illogical story I made.

It was July, five friends Luka, Ana, the bear, the rabbit and the squirrel were playing in a forest like every other day and then something very nice happened. The bear got hungry and ate them. Just kidding, this is a kids' story so it can't have death. What really happened was that they started talking about themselves. Luka told everyone that he wanted to be a dragon. Ana said that she wanted to be an Indian. The bear said that he wanted to be a pirate, the rabbit said that he wanted to be a little knight, and the squirrel said that she wanted to be a dark knight or a Batman. The next morning, Luka's grandpa was reading a newspaper and he read an article about Barcelona beating Real Madrid, then an article about a cat that was spoiled by her owners, then an article about a kid who got lost in a forest, then an article about a little girl which cried because her mother died by “apulgiejamamajomnis”, the rarest device on our planet. In the end, he read an article about a crazy scientist destroying the forest to create a little cloud to power one lightbulb. Then Luka’s grandpa remembered that the forest was the same forest Luka, Ana, the bear, the rabbit and the squirrel were in. He yelled after Luka and told him to go gather his friends and see if the forest was really destroyed or the media were lying. Luka grabbed his binoculars, gathered his friends and looked at the forest and it was really gone. They saw the bulldozers and one lonely and a very hungry fox who had no home. They went to Ana’s house because she had a treasure chest full of costumed and toys. They dressed up as they had always wanted. Luka was a dragon who was holding a broom, Ana was a girl with a feather on her head and an umbrella in her hand, the bear was a pirate with a telescope in his right hand and a ladle in his left hand, the rabbit was a medieval knight with a toilet brush in his right hand and a plate in his left hand, and the squirrel was Batman. They even found a map to the crazy scientist’s laboratory. They started an adventure to stop the crazy scientist’s project. They found his laboratory and jumped in and scared the crazy scientist so much that he got a heart attack and died. The end. Just kidding, we can’t have death in a kids’ story.

This is the real end.

The crazy scientist was so scared that he shut down the project and then Luka, Ana, the bear, the rabbit and the squirrel waited fifty years for the forest to grow. The end.

Just kidding, what really happened was that the forest magically grew back in one week. The real end.

This story was illogical and very unrealistic but who cares. You who are reading this are probably some parent while your toddler is watching Masha and bear in his IPad. 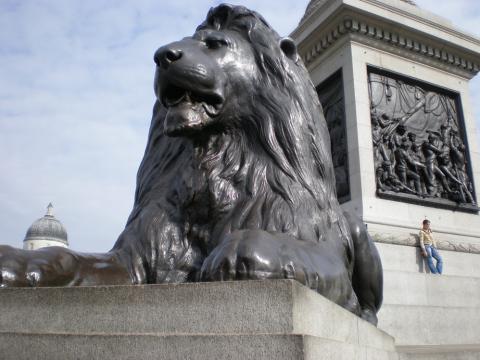