A Memory from the Past

A Memory From The Past

Once upon a time, an old man called John lived in a small house. He had a white moustache, he wore glasses and he was bald. He was very lonely. He sat on his chair, turned on his lamp and he took his memoray album. He wanted to remember the time when he was a kid. While looking at the pictures, he found one with him playing in the forest,which made him remember the adventure that changed his life. In a castle on top of the hill lived a crazy scientist. He had silver hair, a big nose and he wore green gloves. Every day he got new ideas, but he didn't have enough space to make them. Then he thought of a crazy plan to cut the forest and to build his own laboratory. The kids heard that and they were very sad because the animals which lived in that forest will be homeless. They started to think of a plan to stop the scientist. They also found a map which showed what trees to cut. John and his friend Mary called the animals from the forest to help them stop the scientist. Only a bear, a squirrel, and a rabbit joined them, but it was enough to stop the crazy scientist. In John's house they found a chest with costumes and toys. They took the scariest costumes that they could find. John dressed up like a red dragon with a broom, Mary like an Indian with a black umbrella, rabbit like a knight, squirrel like a ninja and a bear like a pirate. When they were ready, they went to the castle. They knew that the scientist would realize that they were just kids, so they made an even scarier monster by combining the costumes. When the scientist turned around, he couldn't see them but he could see the shadow of the monster. He got really scared, so he ran as far as he could to escape. When the workers came to ask the scientist if they should start cutting the trees, John pretended that he was a scientist with a deep voice. He told them to stop. The worker believed that he was talking to the scientist so they didn't cut the trees. The forest was saved and the animals were happy because they still had a place to live. The scientist never returned because he was still scared of the monster. John can still see kids and animals playing in that forest. 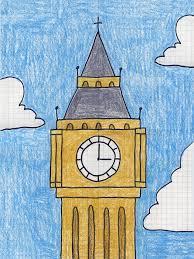