The Story of the Forest

The Story of the Forest

One day  the old man,Stanko, was remembering when he was younger.He had a photo album in front of him and there were nice photos of him, other children and animals playing and having fun.He lived near the forest with his girlfriend Mila.

The animals were homeless because someone cut the forest.Everyone was sad . Stanko and Mila found a treasure chest and some stuff there.One of the things there was a map that leads to the castle where is a laboratory.The owner was an old ,evil scientist Zdenko.Stanko and Mila decided to go to the scientist and ask him to make the new forest.They invited the animals to go with them,too.Everyone put on a funny costume from the treasure chest.

Stanko had a dragon armour and a magic broom.Mila had the armour of an Indian tribe and an umbrella.Pero was a knight with a toilet sword.Bruno was a pirate cook.They followed the road to the castle and found Zdenko's laboratory, They scared him with the funny costumes. He got mad.He tried to convince them that he had nothing to do with the forest getting destoryed.But they were too smart for him and knew that he was lying. Zdenko  was afraid that he will finish in prison and he put on the green rubber gloves and started to make the clouds and rain . After that a new forest started to grow.It's a beautiful ,green forest and animals have a home again . They can play and have fun there. 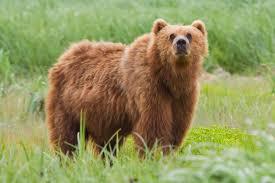