It all started long time ago, when a brother and  sister went to play with toys. They opened a big box filled with toys and started taking them out, one by one.When the box was nearly empty they found a strange looking map. On the map there were mountains, a sea, forest and a castle. It looked pretty old.

Suddenly, the room started spinning before their eyes and they found themselves in the middle of a big empty field. They looked around and saw that their stuffed animals came to life. In front of them stood their teddy bear called Mr. Bear, their squirrel called Skippy and their bunny called Fuzzy Wuzzy. They were all quite confused.

-How did this happen? Where are we?-they asked.

-We are not in Neverland. That’s for sure. - said the girl.

The boy just took out a pair of binoculars and started looking through them.

-Oh, no! - he shouted - Somebody is cutting the forest and destroying animal homes!

-We don’t have time. We must help those poor animals out there. - said Skippy.

When they arrived the forest was almost destroyed. Soon there would be nothing left of it.

-Is anyone there?! - shouted the girl but there was no answer.

-Hello? -  they suddenly heard a trembling voice . It was a fox that lived in the forest.

-What happened? - the children asked.

-Doctor Evil did this. He wants to destroy all forests so he can create his Eviltown -  answered the fox.

-How much time have we left? - asked the girl.

-We have to make it. Come on, let’s go! - the boy encouraged the others.

And on a big adventure they went.

On the map it was shown that Doctor Evil lives in a castle not so far away. They decided to scare him and force him to leave this land so the forest could grow back again. They put on the costumes they had in their toybox and started following the path.

-What if he won't be afraid of us? - asked Fuzzy Wuzzy.

-Maybe we could make something resembIing a monster out of sticks and branches from the forests. That should scare him enough. - proposed the girl. They all agreed, and soon built a big dinosaur-like creature.

-How will we get to the castle unnoticed?! Our monster is huge! - asked Mr. Bear.

-Let's hope for the best. - sighed the girl.

-Shhh. Be quiet. We are almost there. - said the boy - We will get in through the back door.

They entered a big, cold room filled with various inventions.

-It’s almost done - a strange voice said from the other room - It just needs few more ingredients. He was in the middle of one of his evil experiments.

-Now is perfect time to do this. - said the boy, and they entered the room.

-Boo! - they all screamed as loud as they could.

-What kind of noise is that?! - Dr Evil turned around. He was completely shocked, but not because of the wooden monster! He never saw children in this animal land and he was convinced that they appeared there by some magic stronger than his. That scared him so much that he ran away never looking back.

-Yay! We did it! - they started cheering.

On their way back to the forest they met the same fox they talked to before. It looked excited.

-Can we stay a little longer to play? - asked Fuzzy Wuzzy.

And they enjoyed themselves till it was time to go back home.

Today is the Magic Toybox anniversary. Exactly seventy years later, the boy, now a grandfather, is looking at the photos of his young self. He likes remembering the old days; playing with friends, having cool pets, riding  a bike,...but his favorite memory is saving the magic forest from Doctor Evil. 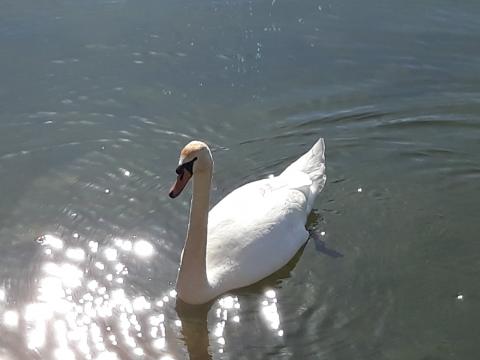