DANNY'S childhood adventures One summer afternoon Danny was thinking about his wife. His wife Susan passed away 3 months ago. To stop thinking about his wife he decided to clean up their attic. He went on the attic and it was a mess,first thing he found was old childhood album.He opened it and his eyes immediately started watering. First picture he saw it was picture of his old elementary school friends. He started talking to himself and he said 'almost all of my school best friends passed away'.He didn't wanted to start thinking about that so he turned a page and saw a map that his friends and him found in old chest on his grandmothers attic. In that chest there were a bunch of toys and there was that map that they immediately saw.They opened it and it was treasure map which was almost 20 years old at his time.His friends Kayla,Teddy,BunBun and Charlie went outside to search for it. On back side of map was tiny sticker with a message. Message said: 'Take Care For This Map,It can't go in Evil Scientist's hands'. After reading that message they immediately thought of Crazy Marv,but Marv died from drinking poison. But Kayla was thinking all the time about the 'Evil Scientist' and she remembered that Marv had a son, equally crazy as him,called Harry. Harry was weird as hell and he lived in house on a mountain cliff and he had hot pink hair that made him more weird as is. Kayla told that to the boys and they tought that Harry wasn't scientist, so they tossed that story on the side. Next day they decided to go in new-opened pizzeria in Chicago called 'At Harrys'. They had the map with them in pizzeria and they were thinking how they can find long lost treasure. Waiter asked them what is that map on the table and they looked at him and they freaked out because that was Harry,he had pink hair and he was very skinny. They said that the map is a school project that they needed to to until next Wednesday. They were going home and it was getting dark outside.They were passing by forest and they notices that forest is looking similar to the forest on the map. When thinking about that Danny remembered that the forest they were passing by is demolished now. He was really sad when thinking about that. Next day Danny,Kayla,BunBun,Teddy and Charlie were playing in Danny's room and they found his halloween costumes and they went outside and old lady called Christie got terrified and run immediately in the house,they were laughing for hours. They got back inside and noticed that treasure map is gone. They freaked out and immediately tought of Harry because he was looking all the time in that map. And they got on a bus and went to Harry's house. They looked through the window and there it was on his table he was looking at it like crazy person and Harry noticed them and started screaming at them and he started swearing at them. They asked him if they can get back map and he was so angry that he tore up map and his dog ate it. They were so sad about it and on the next day Danny asked his grandmother about that map she said that the map was only a toy of Danny's dad and that old man Marv always tought that was a secret treasure map and he tried to steal it couple times and no one didn't tell him that map was a toy.They all laughed together because Harry was upset for nothing.Danny closed the album and continued to clean the attic. Dominik Žulj 8.c 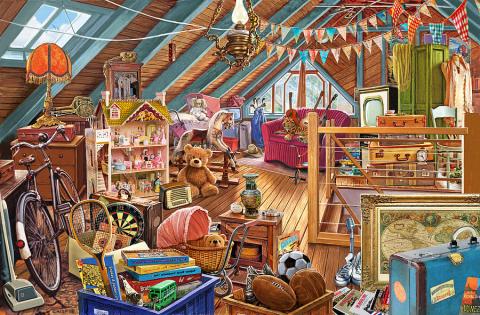