A book full of wonderfull stories

4 - One day it started raining..... the kids could not play outside so they went in the house.

Grampa Tyler opend the photo album, kids sat around him and listened to grampas story.

I remember one day...

9 -...when my friends and I searched through the old toy box, we found something. We found all kinds of toys: big, small, colourfull, black, plastick and wooden. After playing with toys we looked in the box and found a scrool, we unscroled the paper and it was a map.

5 -It was old and dusty. We were exciited because we didn't have  an adventure for so long.We looked at the map to see what places it showed. It was kind a wierd, there was a castle, a mountian, a tent, rails and a misterious X.

7- We started our adventure! Everyone was exciited! It was a nice sunny and a bit windy day. We packed our bags and started travelling towards the X on the map. We walked through the forest and across the river.it was  getting late so we stopped at the forest camp.

8 -When we stopped and placed our bags in the tent, we started talking. Late Suzie my sister, pointed out a window on a house that was flashing with lights. we all stopped and looked at the window.

6 -There was a scientist in the house, surrounded by papers, pipes, buttons and levers. On his table there was a lightbulb, then he pulled one big lever and a little storm appeard above the light bulb giving it power with its lightning.

2- Later in the evening, big dredges started chopping down trees and stacking them in to big piles. Our frend lost his home that day. We where mad and furious at the scientist who chopped down the trees, and we wanted to stop him! So we made a plan.

1- We slept in the camp. The very next day we woke up early and started working. We got masks so he couldn't recognise us, we got out weapons and started sneaking up to his lab. When we got there he was already working in his lab. We got in though the back enterance.

3 -We started sneeking behind his inventions. We were almost there when Suzie steped on a stick. He quickly turned around and saw us. He screamed "stop there!" but we were scared and so we ran towards the exit. We were almost out but he locked the doors with a remote. We were trapped. He started walking towards us. I took the broom and hit the light above us. He moved away so i wouldn't hit him but he released his dogs. Suzie swung her umbrella and hit one of his dogs so he wouldn't bite us. She opened her umbrella and shilded us. Our frend Bero stood behind me fighting of the other dog. The scientist was packing his papers and tools nervously swetting. Our frend Squrly was on her umbrella throwing acorns at the dogs. It was crazy! Suzie shouted "My umbrella is breaking!!", Breo said "Yeah and I can't do this for mutch longer!" and Squrly ran out of acorns. It looked like we were hopless, so i got an idea. I ran towards the scientist and tooks his bag with papers. He tried to take it from me but i was quiker and in a better physical condition, so i easly ran away from him. My frends shouted for help. I took one of his Brooms and threw it to the Suzie. She chached it and hit the dog, so he ran away. I threw one of scientists jackets to Breo. He cought the jacket and threw it at the dog so it culdn't see. I took a jar full of acorns that was placed on the scientists table to Squrly. he cought it and hit the third dog so it ran away. We surrounded him. He surenderd and said he would plant back the trees he chopped down. We got little to relaxed because he quickly took the bag and ran toward the exit. We ran after him. Luckily he fell in to the river and got all wet. He stopped and threw the bag at the other side of the river. Squrly ran and took the bag. We said "We will throw the bag in the water if you don't plant the trees back and fix what you have done. He finally surenderd, and agreed to fix the mess he made. He stopped choping trees down, planted new ones, and invented a liquid that makes trees grow 10x faster. After  some time evrything was backto  normal. But there was one thing missing, we still didn't find the X. We walked around the camp, in the forest, and by the river. Then we finally found it. It was by the river. We started digging and digging and digging until, we got to it. It was a book, book full of wonderfull stories. We walked home reading, laughing, talking.

Grampa Tyler stood up and went in his room, when he got back ,he had  a book, a book full of wonderfull stories in his hands. 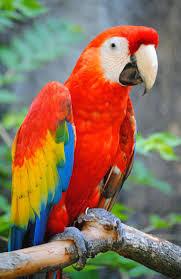