How we foiled the plans of Dr. Elino

How we foiled the plans of Dr. Elino

The Magical Forest was a magical place. Trees were always green and there were no seasons. On the trees grew magical fruit which made anyone's hunger go away in an instant.
I've always played with my friends there: Janie, Hopsy the Bunny, Ted the Bear, and Squeaky the Squirrel.
We always played catch and other games and it was always fun.

But it wouldn't last forever. One stormy and rainy night, something was flashing out of the evil scientist's laboratory. His name was dr. Elino.
He only cared for money and nothing else in his life. He always made inventions to get richer.

He was also crazy about proving the existence of a new kind of energy, and the energy that we're talking about is mind energy. It's controlled by your mind and you can use it for a hundred years before you must get a new generator for it. But you had to invest a lot of energy to get it.

Dr. Elino went to the mad science fair with his invention where some rich people started to get interested in his invention. They really liked it and a lot of them wanted to buy the generator but didn't know how to get the energy so they asked the scientist.
He replied in his sick voice: “He he he! I know where you can get a lot of energy. There's a magical forest on the east part of the town. If you harvest just one of the trees, you'll get enough energy for your generator!”
Dr. Elino got rich and smiled in his laboratory.

The next night something loud was happening in the forest, but I didn’t bother checking since I was really tired. Rich people have started cutting trees and using them for their generators.

It was the next morning that I found out what had happened. Ted, Hopsy and Squeaky were the ones who told me that the magical forest was gone and all the animals that have lived in it have gone elsewhere. I couldn’t believe it and took my pair of binoculars and I saw there wasn’t a single tree left in the Magical Forest. Janie wanted to see it since she couldn’t believe what I said. She was shocked. I asked my friends who could’ve been behind this.
Ted the Bear said: “I think anyone who is behind this wanted magical forest for himself.”
We rejected that accusation since the trees were cut up and not transferred.
We wondered and asked ourselves for a long time, but we couldn’t come up with a sensible answer.
We wanted to see if something was left of the forest. We found one of the machines which had “Dr. Elino Enterprises” written on it. We have finally found out who was behind this: Dr. Elino! I invited my friends to my house to make a revenge plan.

We came to my house and started discussing how to get revenge on dr. Elino. We opened my chest of old things I never used. In this photograph, you can see many things in the chest, like the Welsh flag (because I’m Welsh) and a soccer ball (because I loved playing soccer). We came up with an idea to scare dr. Elino. Everyone took their costumes with which they would scare the evil doctor.
Squeaky the Squirrel said: “I will be Squirrelman!”
Janie said: “I will be a Native American.”

And every one of us took a costume.

We made a map of our path.

We went from the ancient castle of Llanfairpwllgwyngyll and passed a big amusement park which is famous for having a giant owl as a mascot, as well as an evil mountain called Mawrgraigeira. It was called evil, because of the last heir of the noble family Cunfaw, which was nicknamed The Dragons, has died on the mountain because he was killed by an English family so they could seize his lands. We passed over the river Myrania and were near dr. Elino’s laboratory.

As we were coming to his laboratory, we were marching as a dragon, a Native American, a bear pirate, a strong bunny knight and Squirrelman.

We were in front of dr. Elino’s laboratory. He wasn’t at his laboratory, so we took the chance to sneak inside. It was difficult, because the windows were closed and we couldn’t come in through them. We tried opening his doors, but they were locked. We came up with an idea to wait for him until he came back. We walked and hid behind his laboratory. We waited a long time before he came. We waited until one o’clock after midnight, and he finally arrived. He unlocked the door and didn’t close them since he had to rush to the bathroom. We used that moment to sneak into his laboratory. He didn’t have a hallway so the first room we entered was his kitchen. Through the kitchen, we came to his dining room, to his sleeping room and finally to his laboratory. We quickly hid underneath a blanket, quietly pushing his generator. It fell and broke when we pushed it and dr. Elino quickly came. He held many letters and papers. When he came to investigate what happened, he turned the lights on and we quickly used that to scare him. He dropped his things when he saw us. We looked like a big monster, and taught him the lesson he’ll never forget.”

The old man said: “And that’s the end of the story”.

Then he wished us good night and fell asleep. 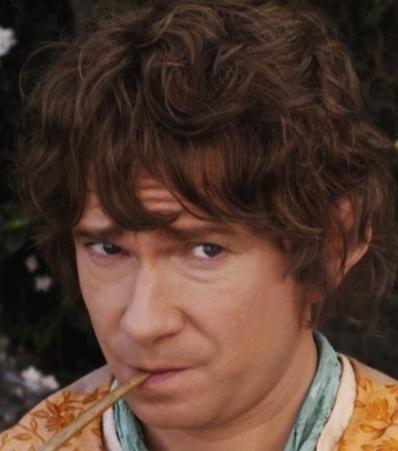