The Power Of Imagination

5- They were thinking, but they had no idea what to do. The bear was walking around the room and then he fell and saw a hole on the floor, there was a map in it. He told everyone to look at the map, there was a huge X on it, they thought the map would help them find something or someone to help them grow trees fast or find a new home to squirrel. They were so happy that they found a map.

1 - They searched for the X mark, it had to be there somewhere. When they found it they were so exited. They started to think of something they liked the most. The rabbit thought of carrots, the bear thought of honey, the squirrel thought of nuts, the girl thought of the flowers and the boy thought of the woods. They heard a weird noise, they closed their eyes and hoped that everything is going to be alright and when they opened them, they saw a huge house. They entered the house and saw a huge room filled with all kinds of tools and some of them were weapons. They kept walking and then saw a guy that was doing something with some kind of gun. They said hello, But he did not hear them, they said hello a bit louder, he did not hear them, and then they yelled and scared him. He asked them who they are and they said that they are kidswho need his help. The Scientist introduced himself, his name was Jumble The Scientist and he makes all kinds of things from his imaginations that comes to life. sdadasdasdasdasdasdasdasdasdasdasdadasdasdadadasdadadafsddssadasdasdasdasdasdasdasdasdasad

3 - Brother, Sister and the Animals told him everything about the woods and how it got cut down, Jumble was sad to hear that story and he wanted to help them. He wanted to create a magical cloud that could bring back the woods and destroy the chopping machines. They loved the idea. He said that they can go home and when they get home they will see even more trees than there were before. They listened to him and started to go home. When they were going home they already saw him working on the cloud and they said that he looks a bit funny and crazy at the same time when he is working, but they appreciated that he helped them. sdadasdsadasdasdjasdjiasjdčasjdkčasjčdjsaildhashdjlashdlshdkklasdklčasdhasjkčdasjčsdjčasdjskčadjčllsajdčkla

6 - They were on their way home and on the half of the way home they saw a big green cloud that was going to the woods. They knew that was the cloud that Jumble The Scientist made. They were so happy beacuse they knew that now they will play in the woods again and the squirrel can now find a new and maybe a better home. When they got home they saw a brand new trees and there were more trees than before, just like the scientist said.

4 - They remembered this day and made a picture that are they still keeping. They really dont want to forget that day. 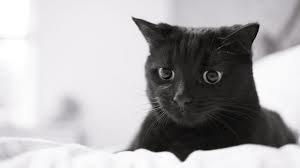