Once there was a forest in which kids loved to play. The forest was very big and beautiful. You could always hear birds and animals in it. When the sun showed itself in the morning it would always drop the sunrays of joy to the whole forest. Rose and Jack especially loved the forest and they played in it every day. Jack was a tall boy with straight black hair who loved all the animals in the forest. Rose was shorter. Her hair was also black. They were best friends who loved spending time together with the animals. But their joy was about to be stopped.

In a hidden lab there lived a very bad scientist. His name was Dr Frank. He was an old short man who had a bad childhood. In his old notes he found an old treasure map. In the map there was a spot marked where the treasure was hidden. It was right in the middle of the forest in which the kids played. Dr Frank ordered a destruction of the forest. After it was destroyed, there was not a tree left in it, all the animals ran away and life in the forest was nowhere to be seen.

When Jack and Rose came to play in the forest, they were terrified by what they saw. They started to investigate in order to find out what happened to the forest. In the middle of their search they discovered a treasure chest which contained costumes, toys and everything children would like to have in their lives. They took the chest and went on investigating. Finally, with the help of their animal friends, they found out it was the scientist who ordered the destruction. Then they got an idea.

They put on the costumes from the chest and went to Dr Frank's lab. He was caught unprepared so he couldn't escape. They taught him a lesson and he didn't harm anyone or anything ever again. He even helped them in re-living the forest and he started charity work.

Many years have passed and an old man, Jack, is remembering his childhood. He is looking at the photos from his old photo album. He is very happy and wishes all the children all over the world to have a nice childhood just as he did. And then, seconds after he made the wish, Jack falls asleep. Suddenly, he opens his eyes and realises it was all a dream. 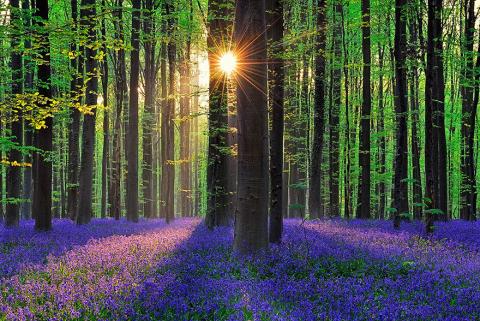