A Story From a Childhood

Once upon a time, there was one very old man named Kevin. He liked to look at his old albums from his childhood.

One day, while he was flicking through one album, he saw one picture. That picture reminded him of one event that happened when he was a child. This is how the story goes.

Kevin had a very good friend Levy. They were inseparable and they enjoyed playing together. One sunny day they found an old chest with some interesting toys. Among the toys, Kevin found an old map. The old map caught Kevin’s eye. While they were looking at it, their friends came: the bear Bo, the fox Mo and the rabbit Lo. While Kevin was looking at the map, he recognised a house on the map where one crazy scientist lived. This crazy scientist wanted to destroy the forest. Their friends Bo, Mo and Lo were terrified of that man, so they asked Kevin and Levy to find him and tell him to stop destroying the forest. Kevin and Levy agreed. They finally found him, but they were very scared of his look and his rough voice. He was mumbling: “I will destroy the whole forest with my machines!”. they ran away back home.

The next day, animals, Kevin and Levy had a meeting. They agreed that they wouldn’t give up on their beautiful forest. So they decided to confront the mad scientist. This time they were ready. They wore special suits and hold some special things in their hands. They finally got to his house. They sneaked in and scared the scientist. The scientist got so scared that he told them that he would do anything to save himself. They sat and talked to him. They told him to stop his crazy ideas because he was destroying the planet. Finally, he accepted their offer. He just wanted to be alone.

At the end everything was perfect. The forest was green again and the animals were happy.

Kevin, Levy, Bo, Mo and Lo have just one thing to say: stop polluting our planet! We need it. 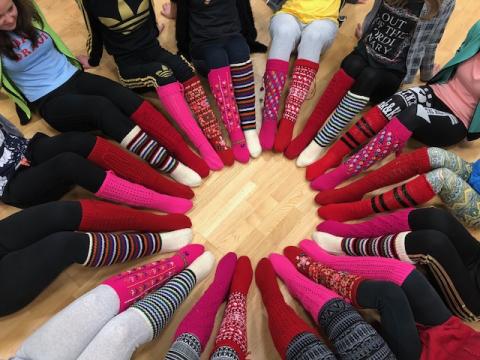