One day Jack and Alissa were playing hide and seek. Jack was hiding in the attic, but Alissa found him quickly. Then they saw a chest.

They opened the chest and some cuddly toys jumped out of it. A teddy bear, a bunny and a little squirrel. Their names were Been, Alan and Vailant. Been the Teddy Bear said: " We were real animals once, but the evil scientist called Albert turned us into the cuddly toys. He stole our forest, too"

Alan the Bunny was stretching. They were locked in that chest for 20 years.

Chapter 2: The begining of the adventure

Jack and Alissa decided to help the cuddly toys to become real animals again. They started to look for the evil scientist and the lost forest.

Jack took his binoculars and he looked around. He couldn't see anything because the night started to fall.

They walked and walked and they met a homeless fox. She was sad and tired. There were some machines cutting down the trees. Lizzy the Fox said: "Albert was doing an experiment, but it failed. He needed more material for his experiment and that was my home!" She cried a lot.

Lizzy told them a secret: " I have a map to Albert's laboratory, but I'm scared to go there because he is crazy and evil so I'm giving the map to you.. Be aware, this adventure is very dangerous. Look, you are here at the red X. You have to go through the tunnel in the mountain. When you get out of the tunnel you will see a castle in front of you. In the castle there is Alberts's laboratory."

Chapter 5: The witch of the forest

The witch said: " Albert's weakness is his fear. I'm going to make some scary costumes for you so you can scare him." And so she did.

Albert was one of the smartest people in the world. He had grey hair and he was old. He had a lot of experiments in his laboratory. There were a rocket, a lightbulb, a time machine, an energy generator and many others experiments.

That night he couldn't sleep so he was writing about his new experiments. Suddenly, he heard some strange noise.

When he turned around he saw a big shadow on the wall. He was petrified! He thought that was a horrible monster, but that was Jack, Alissa and the cuddly toys dressed in scary costumes.

They talked and Albert promised them to regrow the forest. He couldn't turn the cuddly toys into real animals again, but they didn't mind. They were happy because they were free.

Chapter 8: The end of the adventure

When the forest grew again Been the Teddy Bear, Alan the Bunny, Vailant the Squirrel and the two children were playing in the forest happily.

Lizzy the Fox got her home back.

Albert decided to retire. He moved to an old farm and spent his days working in the garden or looking at the old photos.

He shaved his head and went on a diet. 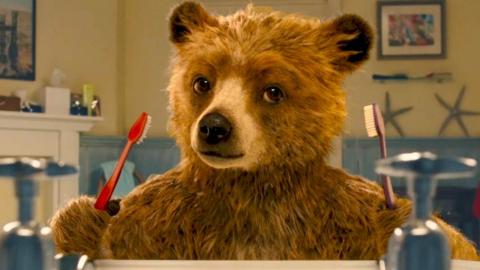