Daisy and her brother Daniel have been inseparable ever since they were born. Even though Daniel was two and a half years older than Daisy, he had time for her.

Lately, their grandfather spent most of his time in his room rather than with his family. To say the Richwood household wasn't curious of what he was doing in his room all day long would be a complete lie, missing pieces of what he was doing there were eating them alive. They wanted to know. They were very curious but still knew their limits. Mr. Richwood was working really hard in his room, making a light bulb to help him light up the room so he can see better without having to go downstairs and be bombarded with questions.

Today was the day when Daniel was finally free of homework and studying so all he had in his mind was... Relaxing. BUT that's what he thought he could do... Daisy was planning their brother-sister day for days and she sure wouldn't let him go just like that. Daisy got her brother`s attention and got him to help her search through her toy box to find something interesting.

They weren't alone though. About a month ago while they were in the woods they met a bear alongside a squirrel and a bunny. Now, they didn't meet a dangerous grizzly bear nor a super duper scary bear of any kind... They met a cute cuddly bear who didn't have anyone besides the new kids he just met. They indeed met a bear who just needed friends because his friends and family left due to people destroying their forest. The squirrel just tagged along because she found them fascinating. Bunny, the mighty rabbit, was dragged by Daisy to join them.

Ever since then, every day after lunch when Daniel didn't have school they would accompany the bear in the destroyed woods hoping someone will come back for him... Unfortunately, that was not the case. Each time they would see the same stumps and same birds flying around. No sign of a bear family.

After a while, Daniel finally pulled out something interesting from the bottom of his sister`s toy box. It was a full sized map. His sharp features showed confusion each time his mind made a new theory to why this map showed what it did. He tilted his head to the side while thinking 'Why would this map show our surroundings? ' Millions of questions that he was unable to answer were flooding his brain. `Why on Earth would there be a full-sized map showing the destroyed forest, the train trails that go through the forest that's now gone or even their tent they put up with their grandpa and their house near by? Just why, why, why? The boy hid the map away from his sister's eyes in the safety of his dino costume. There were a lot of missing pieces he needed to connect.

Finally, Daniel got an idea what they can do. Go pay their grandpa a visit in the form of a scare prank. It was either that or have a tea party with Daisy dressed up in their costumes. Even the animals didn't want to do that! With a deep sigh and many protests Daisy followed her brother all the way to their grandpa`s room. On the count of three, they all ran into the room dressed up. Their grandpa was working on a few things for a long time and now that he was almost finished he didn't want anyone to come to destroy that. The map Daniel found was supposed to be found by Daisy so she can lead Daniel away. He loved his grandkids with all of his heart but his work meant a lot to him and he made himself a promise... He had to finish it. After a loud BOO! Daniel and Daisy ,alongside their furry friends ,scared their grandpa suprising him ( he was sure that he locked the door). He quickly shooed his grandkids away happy that his work didn't get damaged and completely ignoring the fact there were dressed up animals with them. Daniel couldn't help but glance around the messy room his grandfather spent most of his time in only to find more pieces to the puzzle. `Why would there be an identical map in his grandpa`s room?`.

A confused Daniel proposed playing outside so he can get his mind of the puzzle and Daisy happily agreed. It was hot... Daniel couldn't stand the heat any longer so they went back to the house and got changed, while his sister was doing the same in her room.

Daniel wanted to hide the map again but didn't have anywhere to put it so he decided to reveal the secret to his sister. "DANNY!!! Look what I found! " the girl exclaimed and showed her brother the spy goggles "Wow Daisy you finally have something of your own that I like and is not pink." the boy responded as he looked through the glasses "Give it back Danny. You already have a map! " Daisy protested, to which Daniel had to give the spy goggles back "Let's go see what we can find." they continued searching.

While the siblings had fun finding all places from the map, they were unaware that their grandpa was watching their childhood album while his final potion was brewing under the light bulb that radiated strong rays of light to the potion under making it visible for Mr. Richwood if the potion is the right colour. He will be done soon and once that happens he will reveal the reason behind the map and his absence. But until then they will have to be more patient... The elixir of life can't be made by itself. 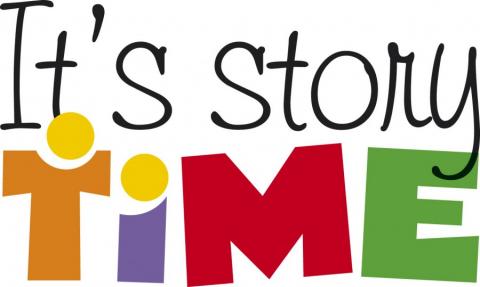