Once upon a time there was a forest. Not any forest, a magical forest. Only two kids knew about it, they accidently left from the playground to the forest. The creatures inside had to take care of them because who comes to the forest gets cursed forever.

Adam sat on the grass. His friends were happily doing an act to him: Angelina, 10 years old, Benny the bear, Ron the rabbit and Chip the squirrel. They were best friends since Angelina was 5 and Adam was 7. Again, they were playing in the forest full of secrets that the kids didn't know and didn't need to know. It was windy. Halloween was in two weeks. Adam has already seen the rain coming. He called his friends to come to his place. His parents were on a trip so nobody could see him and his friends at his house. They didn't know a big adventure was beginning.

On the other side of the town, there was a castle. Everybody thought it was left years ago. They were wrong because there lived a mad scientist who dared to mix rain with electricity. That’s what he did this time. Until a rocket filled with battery lemons were floating behind him he made unlimited energy. His dream of years and years has finally come true! He can finally get rid of all his papers and fake planets around him! He ran out of his lab to his testing room. His big size excavators with wolf teeth were already waiting for him. He put the unlimited energy batteries in their battery holes. The green excavator moved his shovel. That was a good sign, well a good sign for the mad scientist. He started laughing a witch laugh.

It was Sunday, really early in the morning and Adam and Angelina, as always, went to play into the forest. They were going, as usually, through the bushes, so nobody could see them. They came to the end of the bushes expecting something big! And they did, but not in a good way! Chip was crying and running around; big sized excavators with wolf teeth were grabbing trees all around them. He ran as fast as he could, ignoring Adam and Angelina. Benny and Ron came to Adam and Angelina and told them everything about the mad scientist’s plan: with the batteries and destroying the forest and about its secrets. Adam asked: „ What secrets?“ Benny just ignored that question: „We need to find a regeneration potion, the one the scientist has in his castle. “Adam was confused, but when he opened his mouth Chip came and whispered something to Ron who whispered it to Benny. Benny just asked: „Do the two of you have any costumes at home?“ Angelina couldn't wait to answer: „I do!“

Benny, Ron and Chip ran to Angelina's house holding the kid's hands. Ron already knew the costumes were in a treasure box on the attic so he went there. They opened it and saw magic. Benny said: „All of you get some costumes!“ So they did. Adam took a dragon costume, Chip took a batman costume, Angelina put on an Indian hat and took a black umbrella. Benny was a pirate with a kitchen tool and Ron was a brave knight with a toilet cleaner. Adam took a broomstick and a backpack in which were binoculars, he thought they would come in handy.

Benny took out his magical card on which the forest was already chopped off. He pointed on the castle. Adam didn't have any time to ask, he had to run as quick as he could!

In the end, it wasn't that fast, because Benny wanted to see every corner into details. They were close to the castle. Chip hopped everywhere just to get a better view. But Adam stopped. Benny recognized that. Ron asked: „Why did you stop? The forest will die!“ Adam said: „I'm not going anywhere until you tell me the secrets!“ The animals looked each other sadly and Benny said:„ We guess it's time to tell you. As you thought, the forest is magical. We, the creatures from the forest have magical powers. You have them to. Everyone who steps in the forest gets those powers. The powers aren't everything. You also get a curse. I think you know what it is. The most horrible thing. The curse will happen when the forest dies. Earlier Ron went to tell the owl about the lost. Angelina hugged Benny. She didn't want to lose her friends.

In the meanwhile, Chip and Ron made a drawing of a dragon. They said that they have to make a dragon's shadow to scare the mad scientist. Adam took of his hat and put it on the end of his broom. They made a shape of a dragon, Angelina's umbrella was a wing. Ron took a flash light and right at half past 2 the show started. Benny was growling and the mad scientist got scared, his papers were all around him! He ran as quick as he could! The 5 friends broke the window, took the enchanted stone of regeneration and quickly, before the scientist noticed, ran to the magical forest. Adam has turned the page. He read the Golden adventure in his childhood.

On the other page, there he was holding the binoculars looking at the new magical forest. Benny told him their powers: „Your power is friendship, Adam and Angelina. The most powerful one.“ They were together again. Angelina tried to look through the binoculars.

Adam smiled as much as his old face could. Now he was old and he was reading about his childhood. But he couldn't do it for too long. His grandchildren came into the room and pulled his sleeve. They wanted to play with him. After all, he had the power of friendship. 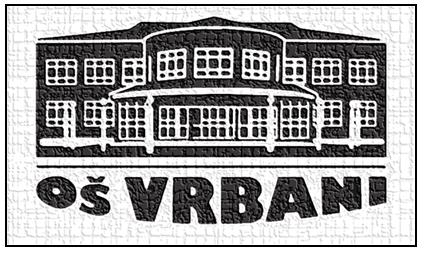