How I met your grandma

How I met your grandma

It was a Sunday afternoon. I was very bored and I had nothing to do. My mum told me I should go for a walk. We lived next to a forest so I decided to go there. My favourite place in the forest was a hill because the animals that lived there loved to play with people. After a short walk I came there, sat under a tree and closed my eyes. I almost fell asleep when I heard someone's laughter.

I saw a girl doing handstands and cartwheels with animals around. She seemed friendly so I walked over.Her name was Ellie. Ellie had just moved to an empty house next to mine.She taught me some gymnastic moves and I met her “friends”.While we were playing, Ellie's dad called her and she had to go home. We said goodbye and decided to meet again the next weekend.

A week passed by and we came to that same spot, but the trees were cut down and animals were running away. We were all sad.People were destroying our beautiful spot.

We took our sad friends to my house and somehow sneaked them in the attic. I went down and asked my dad why people were cutting trees. He said that an eccentric, rich astronaut Spacestein bought some land and decided to build some kind of a spaceship base or something. I told Ellie that. She started to look for something in the chest which was in the corner. She probably had a plan. “Look what I found!“- said Ellie while pulling out some costumes, binoculars and a map.

She took the map and said: “This is the map to Spacestein's house!“ She looked at me and told me about her plan. We decided to do it in the night of the full moon which was actually the following day. We spent the next day searching for Spacestein’s house.

I took my binoculars and looked through his window. I could see the inside of his house. It seemed like a very big space, but the house was small, so Ellie and I were confused. We could also see some models of rockets and spaceships.

Spacestein was doing something with a lightbulb. We were scared, but we also decided that we had to stop him.

We ran back to my house and put our costumes on.We were back at midnight. We formed a scary monster, pushed the door and screamed loudly :”Bring our forest back!” Spacestein was shocked, but not really scared. He sat on his chair and took his glasses off. He was ashamed. “I’m sorry. I’ll try to fix this as soon as possible.” Our plan didn’t work out exactly the way we had imagined. It was even better because Spacestein became our good friend.

The next weekend trees were already planted and life continued to grow there. It was even better than before. There were all kinds of berries and fruit. Our animal friends were happy to be home.

A lot of years passed and that hill is a beautiful park now.

“Did you like this story?”- I asked my grandchildren.

“Well, this is a story about how I met your grandma!”

The children were surprised, but happy.

“Me! Me!”- said the children and everyone ran to the kitchen.

I took my old photo album from the shelf and opened it. 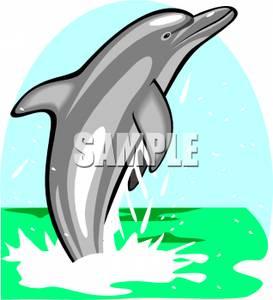