This is my story, hope you like it! You see this map? Yes, the map you are looking at. There was a scientist named Billy and this is his map. On that map there is his dream place that he was dreaming to visit since he was 10 years old. He kept that map from his dad, his dad was a scientist too, so his dad gave him this map so he can do something special with it. Like to make a time machine and visit that place when he grows up and starts learning new and more things.

This is Billy. Billy really loved to study and to learn new things in world. He was very good at maths, physics, science and other. His dad inspired him because his dad was a scientist too. When he was 60 years old, he learned how to fix a light bulb.

One day, Billy had an idea to stay up all night long and work on his time machine that will take him to his dream place called the Neverland. He didn’t give up because it was one of his biggest wishes ever! Billy was a very old man, he was a 78 years old scientist, and he was very smart. His goal was to never give up! AND FINALLY, HE DID IT!! He was so sleepy because it took him all night long to make that time machine. So kids, do what you want and never give up on what you love the most.

But, when he fell asleep, he dreamed about the woods, about the people who cut the trees. So he was scared that he will be lonely in the Neverland, no animals, no kids, no woods. Only him. But he woke up and knew that it was only a dream. So right after he woke up, he brushed his teeth and turned on the time machine and started his way to the Neverland.

He was travelling for 10 Hours. THAT’S A LOT. When he came, at first there was no one. And suddenly he met some new friends. A fox Kiki, a girl Mila, a boy Mark and a bear Spidi. He had so much fun with them. They were playing hide and seek, and many other games. They danced, sang, played, laughed, enjoyed. It was perfect. He taught the kids some new stuff. And they loved it, as they loved him!

It was Billy’s last day in the Neverland. He was very sad because he had to leave but he left them a gift. He gave Mark the binoculars. When he looked through the binoculars he saw a little cabin in the woods. Mila and the others were really scared because they thought there were spiders, bats, snakes and other creepy animals. It looked very old so that was the reason they didn’t want to come in. But in the end they have decided to check it out.

Kids didn’t know that was a house where the scientist slept while he was in the Neverland. And there was a chest and that chest contained toys. A lot of toys. And they found a letter, it said: “Thank you so much! This was the most awesome journey I have ever been on. You guys are the best, I love you all <3. “

So they took the toys and they were playing around with them all afternoon. They were very grateful because nobody ever made them feel so special as scientist Billy.

Many years passed since Billy came back home, but he was still sad because he didn’t see Kiki, Mila, Mark and Spidi for so long. But he definitely has the best memories. He took some pictures to remember those beautiful moments. I think he felt like he was the father of those kids. It will forever be his best memory!! 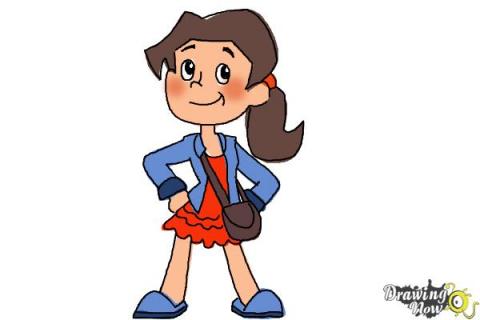