A quest for treasure

Once upon a time there was an old man who wanted to remember the old days when he was younger so he took his album with pictures and he began to look at the pictures.

He recalled that one day when he and his friends Sarah, Teddy, the mouse and the bunnies, who came to the attic, saw the old dirty suitcase.

There were  lots of toys and a card in the suitcase. On the map there were the trees, the mountains, the castle, the camp, the sea, the train... The map was really old and broken.

They were so intersted  in starting to look at the map. They were so excited because they wanted to go on a trip and  see where the map would take them.

Soon the way was leading through a house. When they came in and saw a lot of costumes which they decided to wear. Liam was a strong and infamous dragon, Sarah was an Indian, Teddy was a pirate, a mouse was a superhero and a rabbit was a knight. Liam and his friends had funny costumes.

They walked and came to another house where was a mad scientist who had been doing some bulb experiments surronded by a lot of paper.

The scientist rose with a scary look and saw the shadows of  friends in costumes on the wall. The scientist was upset while the friends quickly left the house.

The forest was on the back. The nature  was adorable, there were so many beutiful trees and they started to play. Everyone was happy.

A few hours later, Liam heard something very loud. There were machines  that begun to cut the trees. Not a single tree was left. The sun disappeared and the darkness slowly fell. Liam and his friends went home.

On the way home they were talking about a crazy day they had. They will remember it forever. And they did, the old man remembered it with a smile on his face. 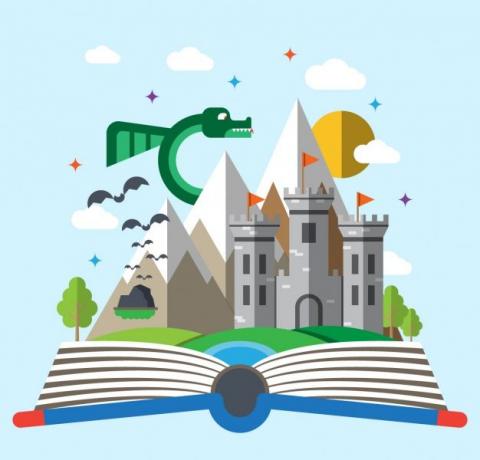