Pictures in this order: Slika 5, 8, 9, 1, 3, 7, 2, 6, 4 Saving The Forest With Mr Ben Brownie Last Saturday I was looking at some of my old childhood pictures in my photo album. There was this one picture that caught my eye that brought me back to the time when my little sister Amelia and I were playing in the attic. We found an old, dusty chest which intrigued us. The chest was locked and we couldn't open it. We were searching for the mysterious key and eventually, we found it. It was skin tight to another set of keys. We unlocked the chest and suddenly a giant bear jumped out of it. There were a lot of various toys in the chest but what caught our attention was the talking bear. He said his name was Mr Ben Brownie. He was tall, chubby and full of excitement in his eyes. The bear said he wanted to show us where he lived and we had no idea where he was going to take us. Then he rubbed his hands, clapped 3 times, turned around and a magic portal showed up. We jumped into it and suddenly we found ourselves in the middle of a beautiful, magical forest, full of variety of different shades of green-coloured trees. Amelia, Mr Ben Brownie and I were playing, having fun, jumping around, singing, dancing and searching for special kinds of fruit for hours. When the Sun went down we lay down on the ground and we were looking at the endless sky, glittering stars and a hilly landscape. When the Sun rose I grabbed my binoculars to explore the surrounding a little bit more. While I was exploring, I spotted a fox that was crying. Mr Ben, my sister Amelia and I quickly rushed to the fox to see what was happening and why the fox was crying. When we approached the fox, we immediately asked for the cause of its sorrow. Evidently disturbed, the fox told us all about evil deeds of a notorious scientist Alastor Doyle who had destroyed not only its home but also the majority of trees and plants in the forest. My sister and I had no idea who Alastor Doyle was. Then Mr Ben Brownie told us a little bit more about him. Alastor Doyle was a twisted scientist who wanted to cut down all the trees in the forest and build his own, enormously huge, laboratory in which he would make his weather experiments since he enjoyed disturbing the weather balance. Amelia and I were astonished to hear that. When we heard that, we were determined to do something to help. We talked to Mr Ben and the fox and decided to dress up as Indian tribes, dragons and Pirates to protect each and every animal. The next day we set off to the lab in which he worked. First we had to sail by boat, and then we arrived to the Seven Great Mountains and we had to go over the mountains till we got to the train station. Next we travelled by a train and after 6 hour journey we reached the forest where the Big Owl dwelled. We cycled the last part of the route until we got to the final destination. When we got there it was already bedtime. It was about 1.30 a.m. Alastor wasn’t sleeping. He didn’t even look like he was tired, in fact he was quite awake and energetic. He was laughing and jumping and clapping hands as if he won an award. He was talking about his plan. Meanwhile, we were silently sneaking around his lab trying to find a lamp. Finally, we found it. It wasn’t easy because his stuff were just thrown on the floor and you could easily conclude that he was a quite messy person. When we found a lamp we turned it on. That’s when he caught us. We quickly pointed the light towards the blank wall and started playing with shadows and scaring him by showing him the destruction that he would have caused. Alastor opened his eyes. He didn’t even think about consequences of his deeds. He changed his plans and cancelled the further cutting down the trees and destroying the forest. We were so happy and proud of ourselves that we managed to change a notorious scientist’s plans and save the forest. It was quite an exciting adventure. Natalia Bandov, 7.b Primary school Franjo Krežma, Osijek 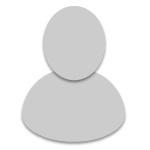