Hi there. How are you? I'm fine,thanks. My name is Larry Oaks and I'm seventy six years old. Nice to meet you too! I was born in USA but I live in Africa now. I found this really old album and I wanted to share this story with you. I have few old photos that are connected with it. So,lets start!

It all happend when I was 13. I was playing in the woods with my my sister Alyssa and my three best friends -Patrick (bear), Jeffery (bunny) and James (squirrel). I found a really cool map in the bush. I think someone has lost it but I took it anyway. We looked closely at it and we saw a castle. It was really interesting, so we decided to go on a little trip.

After a few days of walking we saw something ahead of us. I took my binoculars  to see better. It was the castle from the map. It was really huge and creepy. We came closer to knock but some crazy scientist opened the door and yelled at us. He had a messy hair, an old white coat and a creepy facial expression. He was probably in a bad mood. But after a few seconds he stopped yelling and invited us in. I know it wasn't the best idea but I was thirteen years old,OK? He was really polite and he offered us with cookies! Yummy! He was asking about the forest and some stupid things but all of these things were unimportant for us. Anyway, it was all fine till James didn't break the vase. The scientist was really mad again. He said weird things and he threw something at us. Woosh! We dissapeared.

We woke up in the forest and we saw something terrifying. The forest was gone. All the trees just dissapeared. James,Patrick and Jeffery were so sad because their home was gone. We had to do something to help them and their families because they had no place to stay anymore.

We decided to go back to the castle and revenge the forest. But first we had to disguise ourselves. I had a box full of costumes in my basement so we took a few of them and dressed up.

After we dressed up, we left my basement and headed right to the castle. We were prepared to save the forest.

On the way to the castle, we decided to scare the scientist. But how? We didn't know. So we came up with the idea that we should make a dragon out of our shadows. When we came to the castle we had to wait until midnight. When the moon came up we were ready for action. We climbed up the tree and made a dragon shadow. The scientist was terrified. He was begging for his life. He was prepared to do anything we asked him. We told him to bring back the forest.

The scientist, scared for his life, made a light bulb which was connected to the forest. He had to hold his hands above the light bulb all the time giving his energy to it. That was his punishment,

We came home and saw that our forest was there again, beautiful and precious. We were all really happy. 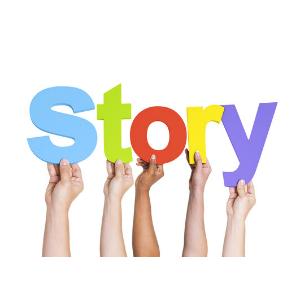