Once upon a time, in the quiet of the night, in a city ages old, in a street with little light, in the shadows of the houses of the people of the city, walked a very aged  man who looked nothing but a pitty, and though with every shaking step his bones would beg him tarry. He pushed on throught bitter cold not withstanding  he was old, for he knew he must behold  that the tales must be told, and that he alone now carried. When he went to the square of the city, there was a little boy. He was sheading silent tears, perhaps because of something he had done or was it something more. The Aged Man asked „whats wrong“. The child said „I broke my favorite toy and my family dosen't have any money to buy me a new one“. The Aged Man opened an old book and then he started reading.

Once there were two siblings who were very  poor. They  bearly had coins for a loaf of bread. They thought to themselves what would it be like to have imaginary friends. All of a sudden their plushy toys became alive saying : „We heard your cries so why don't we go on a adventure.“ The siblings nodded in fear, because they never thought that their favorite toys could come alive. The toys grabbed the siblings leading them to a imaginary world filled with imaginary creatures that only came from a tale. The bear handed them a map that had a big cross. „That's where we need to go.“ Said the bear. And so they departed on a jurney that will keep them entertained for a little longer. The child realised that he doesn't need any toys to be happy. So he stood up, brushed away the tears, and said: „thank you“ to the Aged Man. Just as the sun was rising the child went away as he ran the rest of the tears flew behind him.

The next day it began to rain and just as the Aged Man was about to close the book, he saw a little girl holding a plushy squirrel in the middle of the rain. He came to the little girl and asked her „Why aren't you at home?“ The girl explained that her mother ordered her to get rid of the squirrel. Once again the Aged Man started reading: „Once there was a squirrel that lived in a forest. In the middle of the day the squirrel heard loud noises. Big machines were tearing apart everything in their path.  The squirrel had no other choice but to leave its home. While runing she bumped into two kids, and took her home.  They didn't tell anyone about the squirrel but insted they made a home to her in a big tree. After that some of them had costume party and others explored the land. „ As the tale was coming to an end the girl realised that she doesn't have to get rid of it but simply hide it from everyone. She bowed to the Aged Man, and ran off to the distant fog in the rain not looking back even once.

The winter arrived,  the Aged Man didn't have a job. He only had a little bread. Suddenly a child ran down the street and bumped into the Man. The child cried and said that he is sorry. The Aged Man patted boy on his head and asked „Whats wrong ?“. The child still cried and moved his hand away from his face to show the face deformation. The boy said that his family won't love him if he looks like this. The Aged Man didn't open the book this time but simply said what ever came to his mind. „Once there was a scientist who didn't have any friends or family so he decided to make his own. After some time he was close to making his perfect child . He combined the potion and instead of a child the deformed dragon came out. But instead of destroying it the scientist took him as if it was his own child.“ The kid realised his own mistake and went home.

BEGINING OF A NEW ERA

Winters bite began to fall, that bitter cold that his skin changed the colour, crushing the Aged Man to the point when he started to shiver and feel the ice chills freezing hands that were holding still the stories that wouldn't live without  the Aged Man. He thought to himself: „Before the morning ill be …“.  The winter had passed and the spring has arrived, and again something weird happened. A boy who had wondered in was searching with contented grin, and then a girl from the crowd who did the same had looked around to see a weird kid play behind but in the end was nothing found. Each one among these three came for one reason to thank the Aged Man. But it was clear to them that he didn't survive the season. The fragments of his stories were all that they could find and their hearts were deeply hurt as they shed a silent tear. But they were reminded of the stories he had told, even though they never gave him anything, but he gave them a tale that they would dearly hold. „Once upone a time in the quiet of the night  in a city ages old, in a street with little light, walked a kind Tale Teller with a heart that is good as gold who made the world a better place through tales that he told." 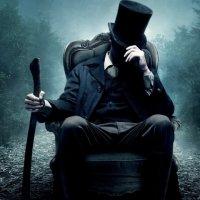