The Forest of Joy and a Mad Scientist

Once there was a group of friends who called themselves The Guardians of Nature. They really liked playing in the forest and around it. There was Bill Tableson, his sister Lisa Tableson and their friends, Barr the Bear, Zippy the Squirel and Olivia the Bunny. They were very happy playing together and exploring the forest.

Meanwhile, in a secret lab deep below the ground lived a very crazy man. He had no friends or family, but that's the way he liked it. He built deadly lasers, plotted evil pland and descoverd new ways of causing destruction on daily basis. His name was Radogen Cogner. The Guardins of Nature were unaware of his existence at that point in time.

Some more time passed and Halloween came. Out friendly group decided to go Trick-or-treating. Bill was a dragon, Lisa an Indian, Barr was a pirate, Zippy was a Bat Squirrel and Olivia was a knight.They all had funny weapons like an umbrella, a broom and whatnot. As they always do, they had fun Trick-or-treating. They got a lot of candies. Three full baskets.

While the friends were collecting goodies, Radogen was making a breakthrough. Three days of no sleep, but he did it. He made a hypnotic ray. With his new weapon he could hypnotise anyone anywhere to do anythyng he wanted. He laughed for a while and then he activated the ray. Among other evil plots he hypnotized some woodmen to cut down the forest where The Guardians of nature played every day. When our funny lot came back from Trick-or-treating all they saw was a bunch of stumps and workers.

One of the workers dropped some papers so they snatched them. They found out everything about the destruction of the forest and they decided to avange the whole town because everyone had nice memories from the forest. In a matter of hours there were news of the strange and sudden incident. The group immediatelly decided to take action about the destroyed forest.

They went to Bill and Lisa's attic where they had a lot of stuff that could help. Actually, the only thing that could help in this situation was a pair of binoculars. It was evening so they decided to search for Radogen the next day.

In the morning they met up and went to search for Radogen following the papers that the worker dropped. After hours of search they stumbled upon a hatch. Well, it was actually thirty meters away when they noticed it with the binoculars.

They entered the hatch and found a secret lab and Radogen himself. He started chasing them, laughing like a maniac. However, they escaped and hid successfully. Barr realised that they were hiding in a time machine, one of Radogan's incentions. It took them a while to figure out how to use the magnificent machine. They travelled back in time to three days before the hypnotic ray was invented. They appeared at the same place in the lab. The mad scientist noticed them so he got angry again. They tricked him into going into the time machine that was set to 300 B.C. Radogen travelled to even greater past and The Guardians of Nature travelled back to the present. When they came back to their town, the forest was where it had always been. They were all happy about what they have done.

Everything was good except for one thing. Since the time had been altered there were bound to be consequences. But that's a story for another day. 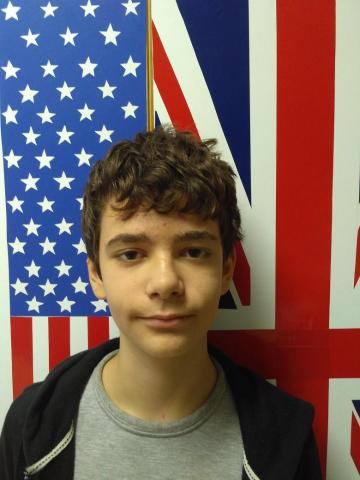