Once upon a time a fox lived in a large forest. His name was Foxy. He liked to climb trees and play all day. He had five best friends: a bear called Bob, a squirrel named Eevee, a bunny called Lola, a boy called Jesse and a girl named Petra.The kids slept with the animals because they thought their parents were dead.

One day something  terrible happened. When Foxy the fox woke up, he saw a lot of dredges that were removing the trees from the forest. By the time he got closer, the forest was gone. The only thing that was left were stumps. He was scared. He wanted to get to his friends but suddenly a big man looking like his friend Jesse grabbed him and took him into a big cage with a lot of other animals.

“Hello! My name is Foxy! Does anyone know what’s happening?” - Foxy asked politely.

Then she started telling a story:

“I was sleeping in my house when I heard loud sounds. I came out of my house and saw big dredges that were cutting down the trees and taking them away. I panicked. Then, I got caught. And then they took me to this cage.” - she finished her story.

I hope my friends come to help me! - Foxy thought.

Foxy was really scared. He thought his friends didn’t see him being taken away in a cage.

But his friends DID see him. Jesse saw everything with his binoculars and told his friends about it. They looked frightened. Then, Jesse made up a plan.

“But what if we get caught?” - Petra asked him.

Bob just gave them a thumbs-up, and Lola continued to eat her carrot.

“We first have to prepare! We need to put on some costumes!” - Jesse said.

After about ten minutes, they had their costumes on, a dragon, a warrior, Batman, a pirate and an Indian.Then they set off to save the fox.

Meanwhile, an old man was looking at his photo album. He was looking at pictures of his children. 7 years ago they had gone missing in a National Park. He was really sad. He wanted to hug his kids. If only his wife didn’t die in a car accident, he would have someone!

“Ahh… I wish my children were here so I could play with them. That would be awesome.” - he said sadly.

While that was going on, Foxy was talking to other animals, but nobody seemed to know what was happening. As they were passing by a big structure, Foxy overheard a high voice yelling at the workers:

“Hurry up! We have to have the wood by tomorrow and we don’t even have half of what we need!”

Our five heroes were on their way to save Foxy. They were all ready for whatever they might face. When they arrived they spied on the boss of the camp. He was a scientist. They had to get rid of him if they wanted to save Foxy, so they made a plan. In the shadows they looked like monsters. Then, they came to the scientist’s door and scared him to death! He  freaked out and ran away. TThey went to the cages, and Bob unlocked them. But they didn’t find Foxy. Other animals told them he was taken away by the humans as a test subject. They quickly ran into the building and went looking for Foxy. They found just a map. The map showed a big castle with a mark that said: FOX. They immediately knew that that was Foxy.

They travelled for two days. On their way, they found a big forest. They marked the forest on their map and wrote: THE NEW FOREST. Then, they proceeded to the big castle. When they made it to the castle, they saw big statues of foxes. When they came in, they saw a lot of foxes walking around. Then, one of them yelled:

“Hey, you! Foxy is expecting you!”

While Bob was translating to them the thing the fox said, they followed the fox into a giant room. At the end of the room, there was a throne and Foxy was sitting on it. They couldn’t believe their eyes.

They approached Foxy. Then Foxy started telling his story:

“I was waiting in the cage hoping that you would come, when suddenly a big fox took me out of the cage. He told me I was the long lost King’s Son. They took me to meet him. I was really happy.” -Foxy said with great joy.

Then, Jesse and Petra remembered that they also missed their parents. When Foxy realized what he had said, he felt sorry. A fox came into the room and whispered something to Foxy. The second Foxy heard what he said, he smiled.

“Your father! He also lives in this castle!” - Foxy said.

The next second, the children were running to the room their father was in. When he saw them, he was so happy that he started smiling. They were so joyful.

“I have something for you in the attic!” - their father said.

They went to the attic and found a big chest. When they opened it, they saw a lot of toys. They took off to have new adventures in the woods they marked on the map.

As for the scientist, he didn’t return to the woods because he thought there were monsters there. He started creating light bulbs and nice stuff like that. And that’s where the story ends. 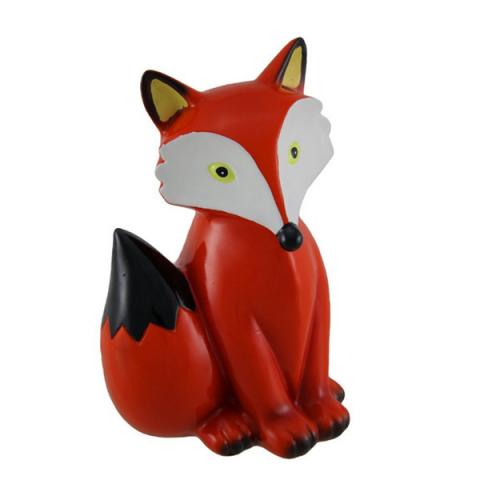