Once upon a time, there was an old grandpa called Sean cleaning his attic with his wife Maria. He was wiping his old dusty shelf covered with sticky spider webs. While he was done wiping the shelf he started to wipe the books which were in it. While he was wiping the books he later noticed that he’s wiping his old album filled with his pictures when he was a child. When he saw his album he decided to stop with his cleaning and look at his pictures when he was small remembering his childhood memories. He looked at a picture of him and his wife when they were eleven looking at their treasure box filled with toys. He then remembered the day they took that picture.

It was a cloudy Saturday on 15th of August 1964. Sean and Maria were in a summer camp. They were eating pancakes for breakfast. That day they weren’t going anywhere because it was a gloomy day. A few hours later Sean and Maria were bored and they didn’t know what to do so they decided to go to the attic. When they arrived, they saw a big wooden treasure box. They were so curious about it that they decided to open it. When they opened the treasure box they saw a lot of toys making them really happy and excited. They saw a soccer ball, a teddy bear and costumes. When Maria saw the costumes her face lit up showing that she had an idea. She wanted to wear a costume and she wanted Sean to wear one ,too. Maria  chose the Native American costume and Sean chose the orange dragon costume. While Sean was playing with the teddy bear, Maria was taking all the toys from the treasure box. When she thought she took out all of the toys, she saw an old rolled up paper. When she unrolled the paper she noticed that it’s actually a map. On the map they saw a big red letter X which was near  their camp. Both of them thought that the letter X was representing  a treasure so they went outside to check how far the treasure was from their camp. They started to go into the woods. Maria saw a really beautiful flower in the woods so she decided to pick it. When she touched the flower she heard a voice telling her not to. She was confused because she couldn’t recognize the voice. She started to walk around to check who  the person talking to her was, then she saw a big bear dancing and singing around. She screamed when she saw the bear because she had never seen a bear dancing and singing. Sean heard Maria’s scream so he started to run towards her. When Sean arrived he was calm about the situation where the bear was singing. He then asked what the bear’s name and the bear answered his name was Bruno. It was slowly getting dark so Sean got his binoculars and checked how far their treasure was. Maria calmed down and she became friends with Bruno, the bear. A few minutes later they left the woods and went back to their camp. They both decided to go to their treasure place so they dressed up in their costumes they were wearing the day before. The next day they woke up really early and they packed food, water and the map in their backpack. While they were walking they called out Bruno the bear. Sean asked Bruno if he wanted to go with them and have an adventure. Bruno agreedso they went into the forest. Maria gave Bruno a pirate costume and he wore it. While they were walking in the forest a lot of animals started to run away. Bruno, Sean and Maria got curious so they decided  to check why the animals were running away. They soon realized that people were cutting down trees and ruining their habitat. Sean got the map and he noticed that the treasure was just fifteen minutes away from them. A few minutes later they arrived at their place not expecting that their treasure was in the cave. All of them entered the cave and someone was laughing in an evil way making Bruno, Sean and Maria really scared. Bruno the bear started to cry loud and the guy started to walk towards them. They could only see his shadow but when he appeared he looked like a crazy scientist with an evil smile and a hair that looked like he got electrocuted. The evil scientist grabbed Bruno, Sean and Maria. He put a rope around their hands and leaving them in a dark, creepy and scary corner. The scientist left. They all managed to cut the ropes. While Sean was cutting the ropes he had an idea. Sean decided to take their costumes and make a big scary dinosaur out of it. He then placed their fake dinosaur in front of the light bulb creating a scary dinosaur shadow.  The scientist freaked out and ran away from the cave. While Sean and Bruno were leaving the cave, Maria noticed a small box and at the top of the cover there was a red letter x. She opened the box and noticed that they were tree seeds. 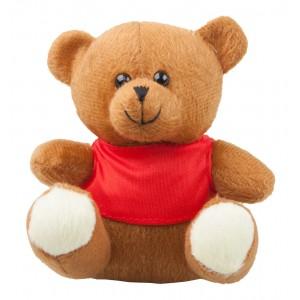