This school day was to be remembered as the worst day of my life. It was a cloudy day but started off as a normal school day. While I was taking care of my plant two big boys approached me, each one with big smile on the face. I thought that they would help me so I greeted them.

They were known as laziest kids in the class. They hardly did their homework. When the boys came to me, they told me that my fried needed me. I got up and started walking to my friends table, when I heard them snickering, I turned around and that moment I heard the blood rush to my head and felt my face turning red.

Believe it or not they ripped my plant out. They fooled me. On the way back from school my tears mixed with the droplets of rain. When I went into my house, granddad didn’t seem to notice me, so I slipped into my room. I threw myself on the bed and started sobbing. Suddenly I heard grandpa knocking on my door.

“What happened son?” He asked me. I said: “nothing, leave me alone”. “Crying won’t solve anything, come here and let me tell you the story” said grandpa.

Once upon the time there was island of light, it was haven on earth. I had my two friends, Dodo the bear and Stella the squirrel.

We did everything together.

We would solve our problems together and we felt like we were invincible.

We lived in the kingdom of the Green Tree. After school we went to the Park of Wisdom. We would play and do our homework there. We usually stayed there till dusk.

One day a known scientist shooed us away. We ran all way back to the gates of the kingdom of the Green Tree and we met my parents. We told them everything that happened. All they did was laugh.

Next day after school we went to the park. We saw the scientist again and a group of men, that were loyal followers. He wore white suit and he had goggles on his head, he had two big gloves on his arms and on his feet, he wore a pair of tall boots. We hid behind a bush and observed him. He dug his hand in a leather bag, which one of his followers was holding for him. He pulled out mini chainsaw and cut down the nearest tree.

As a tree fell, I felt tears trickling down my cheeks. That was a tree that was planted at the day of my birth. The tree fell in the net that five men were holding and they slowly carried it to the train stop. The scientist followed behind.

I had no choice but to follow at a distance. We reached the train stop where there was a wagon. They put the tree into the wagon that was hooked up to the train. All the men got in. Me and my friends mounted the wagon where the tree was.

The train started moving. Half an hour later the train stopped. I flew forward and hit the side of the wagon. I heard some men running towards us from the left side. I rushed Dodo to get out on the right site of the wagon then Stella and then I got out.

We fell one on the other, but we quickly got up. We ran under the train and waited for scientist and his men to go away with the tree. The men took the tree and carried it to the tent, and they left the tent couple minutes later. We slowly went inside. It was a big tent.

There were three computers surrounding the tree, they all had cables injected in the tree.

We sneaked up to scientist back and hit him in the head with a wooden stick. He fell unconscious on the floor. We tied him up to the tree and waited for him to wake up.

When he woke up the only thing I said to him was: “I am not going to call the police, because I believe everybody deserves the second chance, but next time I will”. 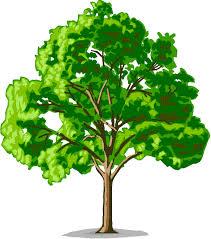