On a Journey of Imagination

It all started in the minds of ten-year-olds Yaroslav and Svetlana Nikolayev, a brother and sister, when they opened a golden toy box and started playing. They had exuberant imagination. Yaroslav and Svetlana were playing with a bear named Vladimir and a bunny named Mira when they saw a squirrel passing by in tears. They asked Vendetta, the squirrel, what happened and she said that while she was making breakfast she heard a loud noise coming from outside of her house and she saw machines destroying her neighbour’s homes. They were running in fear in front of those evil machines made by a ruthless and ambitious scientist Dr Mort. She heard screams, she wanted to help but she couldn’t. Her homeland was destroyed, her happiness vanished in front of her eyes and there was nothing she could do. When Svetlana asked why was Dr Mort doing that squirrel said because of his ambition. Dr Mort wanted to produce making electricity from trees so he could power up his rocket, the most powerful weapon in the whole universe.

The squirrel wanted revenge and the Doctor’s death, so Yaroslav, Svetlana, Vladimir, Mira, and Vendetta went on a journey to the doctor’s glorious castle. Vendetta was dressed up in a black suit with a black cape that gave her the ability to fly; Yaroslav had a magic broom which gave him the ability to be extremely fast; a magic, unbreakable umbrella was Svetlana’s shield; Vladimir had a telescope and he could see the whole world through that telescope; and Mira, well, Mira had a dirty toilet brush that smelled really, really bad.

Their journey started in the remains of Vendetta’s forest where they’ve built a training camp to prepare for battle. After rigid training, they were hoping to travel with a yellow train that could transport them to Dr Mort’s castle. But a horrible, huge and dreadful snake stood in their way. The snake started rushing in their direction, with terror in its eyes and mouth wide open. The gang was not afraid and they defeated the snake. Actually, Mira defeated the snake. Mira pulled out her smelly toilet brush and the snake started backing off, because of the smell, until it stepped on the rails. Then a train ran over it, jumped off the trails and exploded. They were sad because they didn’t know how they will get to the castle.

Vladimir found a map with another direction to the castle through the tunnels of the Mighty Mountains. They saw some bikes. They hopped on the bikes and started their voyage. They set up a camp in the Mighty Forest. When they woke up, they saw that somebody stole their bikes! They needed to continue by foot. They went through the tunnels of the Mighty Mountains where Svetlana got scared of the darkness. When they exited the tunnels it was night already. Close to Dr Mort’s castle they heard a voice of an owl saying “Huge wind, huge suction, and big face.” They didn’t understand a word the owl was saying so they came to the conclusion that the owl was crazy.

They were really close to the castle when they saw a big cloud with a face blowing a huge amount of air. He hollered “I am Dynatos Anemos, defender of this castle and you shall not pass!” Vladimir, Svetlana, Mira, and Yaroslav were frightened but Vendetta wasn’t, she was very brave and she said to Dynatos “I won’t fall and I will not escape or run away from you! I am not afraid!” Dynatos tried to blow them away. Once again, they worked together and with the help of their magical powers, defeated Dynatos. They were all happy but their journey to revenge wasn’t over. Vladimir pulled his telescope out and started searching for Dr Mort. He found him! They all hopped on Yaroslav’s broom and attacked Dr Mort. They laced him up and threw them in the river.

They saw a train passing by again so they entered the train and travelled to the forest. When they came there they saw the forest regenerating. Vendetta was crying. These were tears of joy. They all started celebrating.

Yaroslav and Svetlana put away all the toys in the toy box again because they needed to go to sleep.

70 years after that Yaroslav’s sister, Svetlana, died and while going through their childhood album he saw pictures of him and Svetlana playing and laughing. Then he wished he could turn back time and play with his sister again. 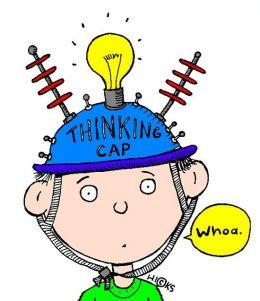