Once upon a time, there was an orphanage with lots of kids. Women were strict and nobody liked them. The kids needed to go to the forest and pick mushrooms. Best friends, Moriah and Tim had forest friends: bear Jimmy, bunny Melanie and squirrel Oliver. They played a lot. One day, Moriah was cleaning the attic and she found the chest full with toys and she called Tim. Moriah: Tim,you need to see this! Tim: Wow! How many toys! There’s a robot…And a plane…And a ball! Moriah, we are rich! Moriah: Yeah, I know! Tim:Hey, look down there! There's a paper. Maybe it's a message. Read it! Moriah: It's not a message,it's a map! It leads to some castle. Tim: Wow! You know what? Let's go tonight! Moriah: Yeah,but… Tim: Moriah! Be realistic. Do you want to stay in orphanage or go to a castle? Moriah: You're right. I'm gonna be ready! They were ready and boarded the train. When the train stopped, they ran to the castle. It was morning. Around 5 o'clock. Moriah knocked. The door opened. It was a scientist. His name was Martin. He let them in and showed them some inventions. Moriah and Tim were impressed. Tim: So cool! How do you make these things? Martin: It's a little secret. Moriah: What is that lightning in a jar? Martin: Please, don't touch it! It's really important to me. My father gave this to my brother Christopher and me. He is also a scientist. We loved each other, but we're now in a fight.He thinks I'm copying his inventions. That lightning flower is the rarest flower in the science world! You can only find it in Dwarf mountains. I need it for my last invention. It's a spray that heals cut trees. Tim:We can get it for you! Martin:Really? Moriah:Yes! We have a map! Tim:So…Lets go They went. It was a really tiring way. When they arrived, one dwarf named Marco came to them and offered them food. It was weird, but delicious. Dwarfs are so hardworking and they made them some costumes. Tim was a dragon, Moriah an Indian, Oliver a Darkhero, Jimmy a pirate and Melanie a knight. Moriah:Where is that stupid flower? Tim:I don’t know Moriah! It's only one! Moriah:Wait…I think Melanie wants to say something! Tim: Oh look! There's a house! Moriah:Let's go in! Moriah knocked. The door opened. Another scientist. But this time Chris.He let them in, showed some pictures and told everything about him and his brother Martin. Christopher:This one is when we played football. He was a great football player! And scientist of course! Even better than me…I was jealous, so I accused him that he is copying me.That's why we're fighting, but I love him so much and I want him back. Moriah: He told us that he loves you. So why you two don't make up? Christopher: It's too late now. Tim: And we need to find the flower. Christopher: You mean Bloss Nightnus? Tim: Yeah, whatever that is. He wants to repair trees in Owl woods. Christopher: That's fantastic! I have that flower! Moriah: We can go with a train to his home! Christopher: But we need to see that woods. I don't trust him. Tim: Okay… They arrived to Owl woods. They saw a lot of cut trees and machines and a sign – MCM. It was strange, but not to Christopher. Christopher:Wait…I know who is that from! I can't believe it! Tim and Moriah: Whose?! Christopher:MCM is like McDanall Martin! He always wrote that name in his notebooks and plans. Moriah:But he was so kind to us! Tim:He used us! Moriah: We need to get him back! Christopher:Be calm, be calm…He wants that flower because it's magical. Well think of something…I have a plan! You have costumes, right? Moriah and Tim: Yes! Christopher: We crash his company! I know how to do that… It's easy. Just hack his profile and fire all the workers. Tim:How do you know his password? Christopher:Ha-ha! That is so easy! He always puts his favourite sport,athlete,actor,number and put that all together! So his password is JJ367BHFRL9. Tim:Wow! You really are a genius! Chris hacked his profile and crashed the MCM company Chirsopher:Now let's go! Come to my lab, hurry! Moriah and Tim: Wooow! It's huge! Christopher: Here's my aircraft! We will go with it. Tim: You made all of these stuff? Christopher: Yes! Now c'mon! He is afraid of monsters, so let's scare him. Then, we will take Bloss Nightnus and go to Owl woods to repair the trees! Tim:That's a good plan! Everything was like in the plan. They came, scared him, grab the flower and repaired the forest. Except one thing. The orphanage police found Moriah, Tim and their forest friends. They took them back to the scary orphanage,strict women, poor kids and wet mushrooms. One day, Tim saw something in the sky. It was weird. It was coming closer and closer. It landed in front of the orphanage. Moriah knocked. The door opened.They were scientists. Two of them. Christopher and Martin. Moriah hugged them. Moriah: I cant believe! You two made up! Christopher: Yes! He forgave me and I forgave him! Moriah: So why did you come here? To see us? Martin:No! We want to adopt you! Tim: Really? I'm dreaming! Christopher: No, you're not. We are gona live in Martin's castle. Tim: Can we bring our forest friends with us? Martin: Of course! We have a Windy wood close to the castle! You will feel great there. Moriah: Like a princess! Martin: Yes, like a princess…What are you waiting for? Let's go! Tim:Goodbye orphanage! Moriah: Goodbye! Hope I never see you again! They lived happy together in a beautiful castle. The animals and kids had fun in Windy wood. Christopher and Martin worked hard,like a real brothers, and their inventions are used in future, so they got rich. Tim and Moriah are also little scientists. Everything will be perfect if you dream 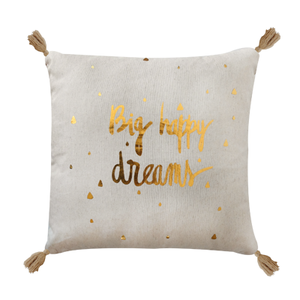