Just a Dream, Nothing Else

Just a Dream, Nothing Else

Once upon a time there was a boy named Kyle who had a huge imagination. He was dreaming  of going on a big adventure which he would remember for the rest of his life. He wanted that so much, so that one day his wish was granted.

One day he gets a letter which says that his friends Lucy, bear William and squirrel Charlotte need him immediately. He came fast and when he came he saw his friends at the attic. At the attic there was a big chest. In the chest they found costumes like a dragon costume, a pirate costume, an Indian costume and a soldier armour. In that chest Kyle found a map. He looked it a little  better. He saw a  message in the lower left corner. The message said:

“I need your help really fast. ”

“I’m in the old bunker close to Moskva. “

They wondered who that could be. At first they didn’t want to help, but actually they did. They were going through big meadows, dry deserts, rain marshes and unforgiving mountains. As they were crossing they came to a big tree in the middle of the meadow. They leaned on that big tree and rested for some time. After the break they moved on until they came to a big uplift. On that uplift Kyle took binoculars to see where they were. Through the binocular he saw the bunker which  they were supposed to come to. They walked towards it. That bunker was really old and dirty, so Lucy wondered how anybody could live there. They were walking quietly until they came to one room in which there was a strange scientist.

‘’We got your letter in which you call us to help.’’

‘’Yes, at least that’s what the prophecy says.’’

The prophecy says that one day, four brave heroes will come to an old bunker and help the scientist. They didn’t know why and how, so the scientist Bill told them a story. He told them how he lost his really important project for the future. He told them how this project shouldn’t be in the wrong hands.  That project is deep in The Forest of Damned Souls, so the people, to protect themselves,  decided to cut down the trees. And if heroes don’t save the project on time the future and the universe will become unstable and people will get hurt.

They hurried up to the Forest, but when they came people were already cutting down the trees and only a few were left. Right in the middle of the trees there was a box in which was Bill’s project. Charlotte was the fastest so she ran  to get the project. When she tried to take the box, a big machine came in front of her. Charlotte got scared so she stood still. In a moment, William came and stopped the falling tree. Charlotte escaped, but the big tree fell on William and he, unfortunately, didn’t survive, he died. With tears in their eyes Kyle, Lucy and Charlotte came back to Bill. When they came, Bill wasn’t there, there was only a letter on his dirty desk.

‘’They came and took me far, far away, it’s hard to explain so you have to finish what I have started.’’

Kyle opened the box and he saw a seed of Leviathan. The voice from the sky told them how to plant the seeds where they lost someone. Lucy remembered William and the place where they lost him. They went to The Forest of Damned Souls. But the forest wasn’t a forest anymore. It was just a meadow. Kyle planted the seeds in the middle of the meadow. The trees of Leviathan rose up in the sky. After the rain came the sun. Behind Kyle, Lucy and Charlotte a stone statue of William the bear appeared. He was big and beautiful. That forest wasn’t Forest of Damned Souls anymore, it become The Forest of the Remembered Ones.

Walking slowly, Lucy, Kyle and Charlotte went home with smiles on their faces…….‘’Kyle, wake up, you will be late for school!’’

That’s how Kyle saved the world, but of course, it was just a dream, nothing else. 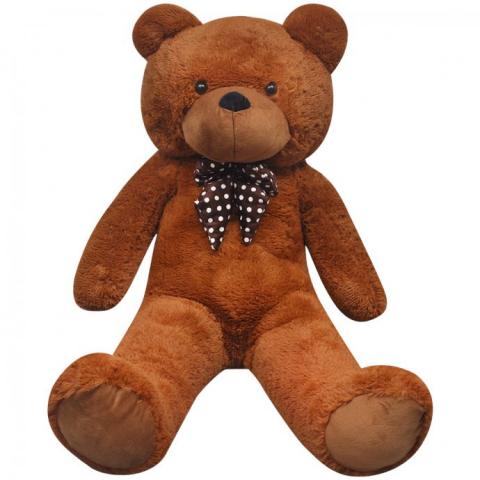