Save the forest, save the fox

Tana and her brother Jake were playing with their friends – Logan the bear, Ethan the rabbit and Grayson the squirrel. Jake brought binoculars because he wanted to look at the clouds. As he was looking at the clouds he saw something unusual. It was a fox… crying? He gasped because he had never seen something like that before. Tana was confused so she took the binoculars from him and looked at the fox. She was confused as well. They all walked up to the fox and asked what was wrong.

“My home…,” said the fox while tears were rolling down its face, “they ruined my home…”

Tana and Jake were sad. They thought that no one deserves to lose their home.

“Who did this?” Tana asked.

“It was…,” sniffled the fox, “the mad scientist. His name is Danny.”

“Yes. He has been ruining forests for years but no one stopped him,” answered the fox. “I wanted to stop him even before this happened but I couldn’t. I’m just a little fox.”

“We can help!” Tana quickly said.

“Really? You will?” asked the fox in disbelief.

“Yes! But… if only we knew where the mad scientist hides,” said Jake sadly.

“Oh, I know!” said the fox and took out a map. “You have to follow this map and it will take you to the mad scientist. Once you’re there you have to talk him into pressing a button. That button will send a message to the lumberjacks to plant as many trees as they previously cut down.”

“Oh, but you can’t go dressed like that,” the fox interrupted them. “You need costumes and shields in case the scientist doesn’t want to cooperate.”

“I’ve got a box full of costumes in my room!” said Tana proudly.

“Great!” said the fox, “the mad scientist will finally be stopped!”

Tana, Jake, Logan the bear, Ethan the rabbit and Grayson the squirrel all went to Tana’s room to get the costumes. Tana wore an Indian costume, Jake wore a dragon costume, Logan wore a pirate costume, Ethan wore a knight costume and Grayson wore a black cape and a mask. Some of them even had weapons: Tana had an umbrella, Jake had a broom, Logan had a spatula, Ethan had a toilet-brush, but Grayson didn’t have a weapon. He was sure he could fly and thought that flying would be his power.

They followed the map’s directions and after hours of walking, they finally came across the mad scientist’s hiding place. It wasn’t hidden, actually. It was a huge ‘abandoned’ castle. They came in through a broken window, and they found the mad scientist. He was writing something down on a piece of paper and then he took out a lightbulb and started unscrewing it. Just as the lightbulb started flickering, the scientist heard a noise. Logan tripped on something and accidentally knocked Jake and Tana over and their costumes got tangled together. The scientist got up to see what the noise was but instead of seeing Tana, Jake, Logan, Ethan and Grayson all tangled together, he saw their shadows which looked like a monster ready to eat him.

He got scared and he fell on the button, accidentally pressing it. The button sent the messages to all of the lumberjacks and they started planting the trees. Tana, Jake, Logan the bear, Ethan the rabbit and Grayson the squirrel were thrilled and they started to walk home happily.

Our heroes returned back home and went to see the fox. They told the fox the whole story. The fox was very happy, but he was also a little bit sad because the trees are going to take a very long time to grow. Tana and Jake promised the fox that they will be there for him every day until the forest grows as big as it was before, and even bigger.

It's early in the morning. Mr. Dawson woke up. He went to his desk and opened a photo album. In it there were pictures of him and his sister Tana, as children, playing in the forest that they saved from the mad scientist.

“Going through that old photo album again, aren’t you?” asked his wife Alisa. “You know that the story of the mad scientist didn’t actually happen, right?”

“Oh, it happened, I tell you…” mumbled Mr. Dawson. 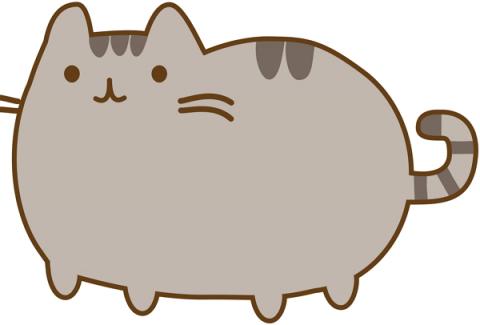