The adventure to greatness

One day Luke, Lucy and Ted went to the left wing of the house and they found an old chest with old stuff. In the chest, they also found an old picture album with a lot of things that they didn’t understand. They decided that they would take the album to their grandfather.

When they arrived, they had lunch with their grandfather and talked about the album. Old grandfather looked at this old album and he remembered that he and his father had found an old map but they never had courage to go on an adventure. As Luke heard this, his eyes lit up at the thought of it: He and his friends on an adventure, he thought. Luke thanked his grandfather as he took the map and went out with Lucy and Ted. However, his grandfather refused to let them go on foot following the map, so he took them in his car and left them there.

When they were looking at the map, Ted explained everything that was on it: “Right now, we are in the north-east, that is, on the tracks. The big owl represents the night spirit, the snake – the friend spirit, and the big face – the wind spirit. Where the red X is, is where we need to go. We have to look out for the train because it is full of prisoners and they throw stuff on animals and people. The castle is where the good scientists are. The bike is the postman.”

Their adventure was overall fun. They met the spirits, made new friends (the bunny Juin and the squirrel Risu). They had a picnic, ate fresh apples for the first time and hung out with other bears and cubs. It was their first time they had seen an actual bear.

While they were going through the forest, they felt weird, but later they were greeted with a sparkly forest. As the weird feeling grew stronger and stronger, they heard a voice saying: “You probably hadn’t seen me before, but I’m the forest spirit and your eternal best friend.” The forest was so beautiful that they decided to stay overnight. They ended up staying up all night playing. In the morning they found themselves on top of a tree sleeping on very fluffy leaves. They were sad that they had to leave the forest and so they made a promise that they are going to visit the forest again.

In the meanwhile, a big part of the forest was cut down because of the evil scientist, for this was his evil work. Many animals were harmed and the forest spirit lost one of his many powers because of it. The smaller the forest got, the lesser his powers were. The power he lost was lost to the human eye because when a human sees the forest spirit in his real form, he makes them forget about it.

A little backstory for the evil scientist:

When he was a little boy, he was pressured by his parents to be a scientist and to have only straight As. So he did. He was the best science student in school. He became a scientist and was one of the best. One day he had an argument with the others because they were famous although they stopped making effort a looong long time ago while he was putting his blood and sweat into his creations and was getting no fame. He was so jealous of their fame that he soon left and created his secret lab where he alone worked and became more and more evil as the time progressed.

His first wrongdoing was trapping a small meaningless rabbit and feeding him with human food with a lot of sugar and spices which made the rabbit talking and acting like a human. He scrambled to find a camera and document the human-like rabbit. Soon the kids found out where the evil scientist’s evil lab was so they made up a plan to scare him. Everyone dressed up in costumes and while they were going to the lab, they were talking about the plan to scare him. The first they thought of was cornering him, but it evolved into them taking pieces of their costumes and putting them together, making it look like a mad spirit.

They made it to the lab and it only took them 30 minutes to figure out the password. Only once they were in, did they assemble the ‘mad spirit’. While the scientist was doing his usual evil things, he heard a noise. He went to see what was making all that noise and found the ‘mad spirit’. It told him to return to the good side or else the spirit would make him regret it. Since the scientist was scared of the spirit, he finally promised to be good and that he would not be evil again. The kids got home and told their grandfather everything.

Months later, they learned that the ‘evil’ scientist returned to the good scientists and became famous for his hard work. They were happy that they saved both the scientist and stopped him from doing any further wrongdoings to the beautiful forest and its creatures. 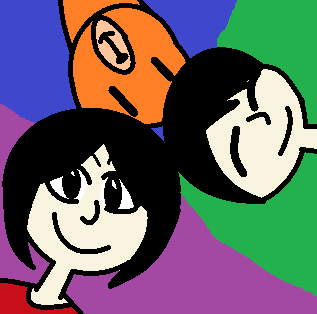