Arthur and Sarah's Adventure In a town in Eastern Europe lived an elderly man named Arthur. One day he was looking at his childhood photos. There were many photos of him and his sister Sarah. When he saw one photo, he remembered helping someone in a very dangerous situation... One day Arthur and Sarah were looking for some toys in their room, toys they didn’t play with for a long time, but they found none so they started searching the whole house. When they came to the kitchen, Sarah started searching the drawers and Arthur the cabinets. One drawer was full of keys. One of them had a label that said: Toy chest in the attic. They immediately ran to the attic and entered. It was full of dust and spider webs. In the center of the attic was a wooden chest with golden edges. It was locked. Sarah put the key into the keyhole and turned it. The chest clicked and unlocked. Arthur started opening it. It opened with a creak. The chest was filled with toys from top to bottom. All the toys in the chest were different. Arthur and Sarah were amazed. They took all the toys out. On the bottom of the chest was a map with a red cross on it. They wondered what place the red cross marked so they started looking for other maps to compare it. They found out that it was a place in the southwest of the country, actually a place very near their town, so they wanted to investigate. At the same time, in one laboratory, a crazy scientist invented a lightning that powers light bulbs. He had sore and tired eyes. On his table were many paper cups and his laboratory was full of electricity. He picked up his phone, dialed a number and said: ‘I did it! I invented it! You can start operation number 1!’ That night excavators came to the woods and they started demolishing trees. Many animals were left homeless, all of them crying. Some animals went to different direction to find a new, better life, and some were searching for help. Animals searching for help were a bear, a squirrel and a rabbit. They started their search in the south, but no one there was interested in helping them, so they went to the north. But no one there was interested either. The animals started losing hope. They went to the east. They were so tired that they thought they would collapse immediately. Just then they spotted Arthur and Sarah. The animals told them that someone was destroying their home and that they needed help. Arthur and Sarah said they’d help. They started walking fast and strong, as if they had forgotten that they were tired. When they were close, Arthur took binoculars and looked through them. Instead of trees, he saw stumps everywhere. The excavators were still working. There was an improvised table with all the documents about the project and details, like who hired them and so on. Arthur sneaked to the table, took the documents and looked into them. ‘There are no names, it doesn’t say who hired them, but it says it´s a scientist, and they are building a very big research center’, he said. ‘Oh, the address of his laboratory is on the paper. We must find the scientist, but we need to disguise ourselves, so we can scare him!’ All of them went to Arthur and Sarah’s house. They found costumes in that chest in the attic and they changed. Arthur changed into a dragon, Sarah into an Indian, the bear into a pirate, the rabbit into a knight and the squirrel put on a black costume. When they came together, all five of them made one huge scary dragon figure. Arthur said in a deep voice: ‘Leave my forest alone or it’ll end up bad for you!’ The scientist got really scared so he phoned the same number again. ‘Leave! I don’t want you to work on that anymore! I don’t want to do this anymore’, he said hysterically. The kids and animals watched the excavators leaving. When the last excavator left, Arthur and Sarah found some tree seeds and all of them started planting them. ‘I’m so glad we’ve found that map. Otherwise, all of the animals would lose hope’ said Arthur. After a few years, the forest was there again, all the animals came back and everyone was happy. 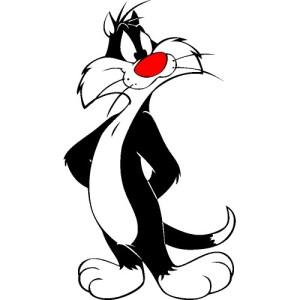