In the memory of the lost forest

Grandpa Paul found a photo album from when he was just a little boy. He was a lot closer to his sister Marie than he is now. Before, he couldn't imagine a day without her. They had a cat named Katie. In the album he found pictures of him, his sister, a bear named Poly, a squirrel named Squeek and a little bunny named Chip playing in a forest.

He remembered how much he loved to play in the forest until a mean crazy scientist by the name Bob McCrazy got the idea to cut the forest, sell the wood and use money to build an amusment park there, to make even more profit. The idea came to his mind like a lighting strike and he thought that he will become a millionaire. Although he didn't even know that it could be harmful to others. He was only thinking about himself and money.

One day Paul and his sister Marie found a chest with their old toys and costumes. Chip, Squeek and Poly were also there with them. They dressed up as dragons, pirates, indians, knights and Batman. They went around their street, they played on the path to the forest, went up and down the hills, until Paul spotted that all that's left of the forest were stumps. Paul also saw that workers were already starting to make a construction site. Once they saw who was paying them and who's responsible for what's happened, they paid him a visit.

Marie tried to explain to Bob McCrazy why it was a bad idea, though he didn't listen. He wasn't very nice to them and even kicked them out. After some time they watched him from a distance and realized that he was troubled. Bob realized what a bad thing he did, but it was too late, the forest was already gone.

Then Paul started to think about scaring Bob as revenge. They took their costumes, brooms and other things from the house and came to his laboratory at 1:28 AM, knowing he'd be there. They walked around and made some noise, and he was horrified with their strange shadows in the dark.

Once the amusement park was built, they couldn't retrieve the forest, so they had fun there. Chip, Squeek and Poly lived in Paul's backyard. They realised they couldn't save the forest but they had a great adventure and had each other and that is what's the most important. 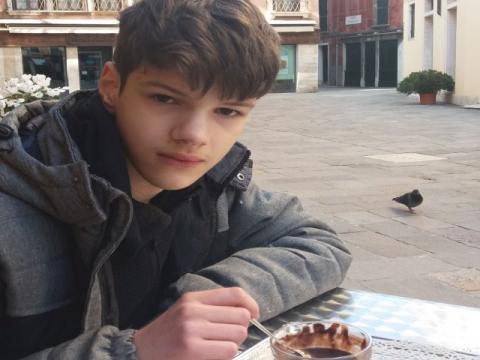