A long time ago, there was a girl named Destiny, and her sibling Michael. One day they decided to go to the basement. As they were walking they noticed that nobody had been down there for years. There was cobweb in the black corners of the cramped room. In the middle of the room there was a big chest, and behind the chest there was a big plush bear. On the top of his head there was a small squirrel with a dazzling tail and next to the bear there was a tiny bunny with big floppy ears. Destiny was shocked. She yelled: „Who could've left these great toys! “Michael came closer to the chest and opened it. When he opened it, he saw loads of great toys just left there to rot. As he tried to say something, the animals awakened. „Wow, we should get out of here bef… “, he wasn’t able to finish the sentence because the animals slowly rose up. The children were petrified. The bear yelled: „No! We will not hurt you! We are here to ask for help. “„With what? “- asked Destiny. „We came to warn you about something horrendous. A mad scientist is on the loose! He invented these machines, also known as the killer machines, to cut all the trees from our home-forest! “- said the bunny panic-stricken. Destiny and Michael decided it was time to stop that scientist, so they found a map leading to the scientist’s fortress.  There was a lot of traveling for them. They also found some binoculars so that they can locate the fortress. They got their costumes on and were ready for the adventure. Destiny was sceptical at first, but they encouraged her. As they travelled through forests, meadows and mountains they met an owl. She grinned at them and thought it was a carnival. „What is so funny? “-asked Michael. She replied- „You are dressed silly! “- and added: „Also the way you walk. “The squirrel took offense and then replied: „ We are saving our forests from the mad scientist! What is so funny about that? “The bunny jumped in and said: „Do not argue! This is a very hard time for all of us animals. We should be helping each other. “The owl nodded and said: „ Perhaps then, could I join you? Everyone was happy she asked that because they needed another member to help them defeat the mad scientist. As they walked closer to the fortress, it seemed bigger and bigger. When they came to the gate they were feeling anxious. The gate seemed tall, and full of spikes. As they entered they saw a big griffin statue. They continued down the big long hallway and into a big room. They startled the mad scientist and he yelled: „Who are you! Get out of my fortress or I will- “he was stopped mid-sentence and was frozen by his own invention- a laser that shoots ice and freezes an individual. The owl did it! They were happy, and they cheered to their success. They picked up a potion that could heal a forest and took it with them. As they left the fortress, they locked the door. They were singing and dancing while traveling to the destroyed forest. As they got there, Destiny pulled out the potion and threw the potion on the ground. The glass shattered in pieces as the potion went into the soil. Magic started happening, and the trees started to grow and grow… It was magical. They started dancing and hopping around in joy. All animals said: „ Thank you so much for your help! We now have our home back thanks to you! “Michael replied: „ No problem, it was very funny and interesting. We learned a lot of things. Thank you for this adventure. “They cried as they split apart but Destiny and Michael needed to get home so that their parents wouldn’t be worried sick. As they came back home, they went to sleep and rested. That’s how I remember our journey, Destiny. “Oh! It has been ages ago when that happened. I wonder, if it was just a dream…”- said Destiny. “Well I do not care if it was just a dream or not, it was magical, and I will not forget it for the rest of my life.”-replied Michael, and then added: „I will be telling this story to my grandkids tomorrow, I am sure they will love it! “ 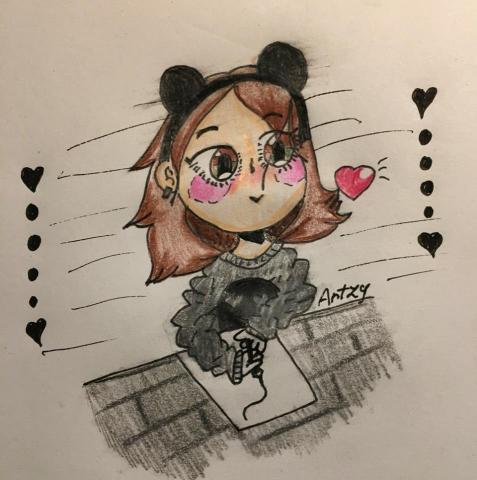