This is a story about a mad scientist who only cared about himself.

Ben, Lory, Grizzly the bear, Ronnie the bunny and Foxy the fox were best friends. They always played in the forest. They would run around and laugh. One day the mad scientist almost invented lightning. All he needed was the purple jewel of Queen Jasmine the third. Queen Jasmine the third was the queen of Narwal, the land of rainbows, but it wasn't all fun and games. One day an evil witch froze the whole town including the Queen. Before the witch had frozen the queen, she hid the jewel. The mad scientist had the map to the jewel. All he needed to do was to follow the map. The map led to a forest and to find the jewel he had to cut down all the trees. Ben and Lory saw something weird happening in the forest. So they called their friends and looked through binoculars to see what was going on. They saw that almost all of the trees in the forest had been cut down. Foxy the fox was sad because she lived in the forest and the kids were sad because they played there. They knew that the mad scientist had something to do with it. Ben went home with his friends into the living room. Ben's Grandpa was looking at pictures. Ben told him the whole story and asked him for help. Ben's Grandpa had a plan. He went to the attic and opened an old, dusty chest. In the chest there was a ball, a dragon head, a pirate costume and a bunch of other costumes. All the friends put on costumes. They went to the mad scientist's laboratory and scared him off.

They replanted all the trees and took a potion from the laboratory to make the trees grow faster. A couple of days later the trees grew back and the children continued to play in the forest. 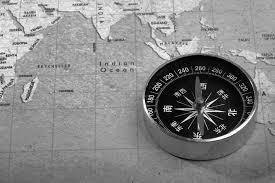