One old man watched pictures from early childhood. He was old but he really liked sweets.

Duk ,a bear, a rabbit and a squirrel were playing. In front of them there was an old box full of toys. These were: robots, a ball, an aircraft, a rocket, a plastick saw, but also there were some other things like five sets of pirate suits and one map.They have agreed that they would start the treasure hunt in one hour.

But before the hunt they went into the woods. They have really liked that place. There they were jumping and playing around and finaly they laughed. When they realized that they were very tired they decided to go home.

Suddenly the excavators came and a lot of people appeared out of nowhere. They started destroying and wrecking the forest. Wondery cried:“ No! Please, do not destroy this beautiful forest and numerous beautiful animals shelters that are all around. Then Duk said: „Wondery, look at that little fox over there in the forest. She is hopelessly criing.“ When the fox saw them it was frightened and rushed away in tears..

The day after they headed for trousere hunt. They took their costumes for Halloween night and they all went to find that treasure. First, they looked the map and the map showed the centre of one island where the gold is. On that side of the map there were aslo drown some ships and trains. On the other side of the map it said that they can except extremly difficult puzzles and impediments if they decide to go for it.

That Island was ruled by a crazy scientist who put on the children all kinds of labyrints and almost impossible obstacles to pass. They needed to run a lot. One obstacle was a crazy giant but they just run between his legs and escape. Wondery suddenly realized that he has a magic wand in his pocket and then everybody else realized the same thing. They remembered a lot od spells in a second because they all watched and loved Harry Potter. They all shouted in the same voice: „ Impedimenta“, and the giant stood still. Suddenly the sfing appears in front of them and said:“ The fastest way is here beside me but you need to tell me the correct answer to the question and solve a puzzle. If you tell me the wrong answer I will eat you alive“. So, she started with her puzzle: „ Tell me first: Who is the one who can under disguise of the night and without even a call and the key come to me? And second question is:What is the last animal that anyone would kiss?“ Wondery cried: „ A spider!“ The sfing just smiled and let them all go free.

Then the crazy scientist used his magic light bulb to sent them clouds, thunderstorms  and the mist  and the children all shouted in the same voice: „Luna“ and the light from the magic wand chased the mist away. They found the button and pressed it and the labyrinthin front of them just started to fall apart and killed the crazy scinetist. They run away as far as they could and took a rest on some hidden place. Wondery took a binoculars to see if anybody is after them, but he realized that they are safe for a while. As they were resting they wondered why the crazy scientist could not help them and they were sory for him, but they also realized that they have no magic wands, not even one of them and that was also very strange.

Duk looked at the map and said: „People listen, our treasure is only 50 yards from here!“

They all run towards the treasure happily because they were finally there. They were so suprised to see that there was so much treasure, a lot of big bags full of gold and silver coins. They were very carefull because they did not want anyone to see them there. They dicided that that will be their secret place where they are going to meet when they will have problems in life. They went home and told the hole story to their parents. Their parents used the treasure to plant the forest again and to rebuild an animal shelters the bad people destroy.

The years, months and days went by and the charactehr of this story all died. But the story remained alive. Their children, and Wondery himself had 5 of them, retold the story to their children, again and again, as they heard it from their parents and in the end it became a town legend. Everybody in that town in a years to come tried to follow the tradition of keeping the forest clean and to help all the animals in it.

One day all of their children reunited and decided to follow the tradition. They found the map again, cross the river like their parents did long time ago and headed to the forest... 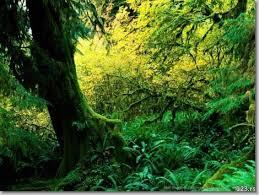