It was a beautiful, warm summer morning. Birds were singing and a gentle breeze was blowing through feathery treetops.

Tom opened his eyes. He looked up and saw his younger sister’s big brown eyes.

-Grandpa Alfred is waiting for us. We have to go.

- NO! Grandpa will be worried. Now get up.

-I’m coming; I’m coming – Tom groaned. He sat up, brushed through his hair, and finally got up. He walked downstairs and into the kitchen to eat breakfast where his younger sister, Raven was. Her short brown hair was brushed down. She was wearing an orange shirt and jeans. Raven was excited. She hadn’t seen her grandpa since last summer. Tom and she spent every summer with him, and they would spend this summer with him as well. After he had had his breakfast, he went back to his room and got ready.

- Are you coming Raven? Grandpa is already here. –

They kissed their mother goodbye and then they set off. Grandpa Alfred’s house wasn’t very big, but it was the place that felt most like home. The house was located in a forest in the vicinity of a wide, slow-moving river.

- Hey kiddos, I’ve got to introduce you to someone. - Grandpa said - Now this may seem a little odd, but I’ve made two friends. Their names are Victor and Lisa. However, they are not humans, they are animals.

A big brown bear and a small squirrel popped their heads from behind a wall. ‘Fascinating’ thought Tom ‘Animals that can talk’.

- H-h-hi… my n-name is L-Lisa…- muttered the small squirrel. Her fur was bright orange and her eyes were big and black. She was hiding behind her bushy tail.

- Oh come on, Lisa, there is nothing to be scared of- started Barry the bear – after all, they are just kids. -

- No, I will not trust any human other than Alfred. Not after that crazy scientist destroyed our forest!

- It’s time I told you a story, kiddo. - Grandpa Alfred said - A story about a forest I grew up in.

He went to the living room to the bookshelves and pulled out a photo album.

-WOW. Grandpa, you looked just like Tom when you were twelve!

- When I was a little boy, I lived next to a forest just like the one in front of our house. A lot of cool animals and all kinds of plants lived there. Until the day when a crazy scientist destroyed it with his machines. Almost all the animals there died. Soon the scientist destroyed all the forests in the country, except for this one. I am afraid that one day this forest will be destroyed, too.

- H-He destroyed my forest too. And Barry’s as well.- Lisa said angrily.

- Well, I won’t let the crazy scientist destroy this forest. Raven, Barry, Lisa and I are going to stop him, aren’t we?

- I have a map that leads to the place where I once lived. The crazy scientist now lives there. You can find the map in the chest up in the attic. But hurry, the scientist must be stopped at once!

The animals and the kids ran up to the attic to find a rabbit sitting on the chest.

- There you are, Fluffs! - exclaimed Barry – I’ve been looking for you everywhere. -

Tom opened the chest and saw the map and some costumes. They all decided to take the costumes because they thought it would be fun. And they left the next day at dawn.

They followed the red x on the map and soon they came to where the forest once stood. Tom took the binoculars. He saw the scientist’s house. It was now time to scare the scientist and make him regrow all the forests back to what they used to be.

- Well, that’s why we brought the costumes, right?

After he said that, Raven felt much better. Now she really believed that they could make him regrow the forest. They put on their costumes. Tom dressed up as a dragon, Barry was a pirate, Lisa was Batman and Fluffs the rabbit was a knight. Raven was wearing a blue dress and she had a headband with feathers on her head. Their plan was to sneak into the scientist’s home and scare him.

They were now in front of his house. His house was huge. It wasn’t just a house; it was a mansion.

- How are we going to get in? – Tom asked, but as soon as his words left his lips, Fluffs the rabbit jumped very high and landed next to an open window. She went inside the house and opened the door for them to come in.

- WHO’S THERE? - shouted a raspy voice. It was the scientist. Everyone panicked and looked around and soon they noticed that the shadow they were making looked like a monster.

- I AM THE FOREST GUARDIAN AND I WANT YOU TO REGROW ALL THE FORESTS THAT YOU HAVE DESTROYED! – they all shouted – AND DO IT NOW OR SOON THERE WON’T BE ANY OXYGEN LEFT! -

And so he did. When all the destroyed forests had been regrown, Lisa, Barry and Fluffs finally found their new home. They made new friends with other animals. Raven and Tom often visited them. And they all lived happily ever after. 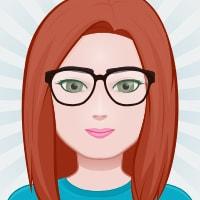