The battle for the forest

The battle for the forest I sat down and opened my album. It was filled with pictures of me as a child. As I was turning the pages, a photo caught my attention. It wasn’t special, it was just me swinging on a swing in the forest. But that forest was special because it was our forest, in which I and my friends played football, fed squirrels and spent most of our childhood in. I still remember it like it was yesterday. My best friend Matilda and I were running through the forest, playing with the forest animals and playing Hide and Seek all day long. We were having a great time. Then, we heard a loud noise coming from the other side of the forest. We climbed up the hill and looked at the valley. It was full of machines; they were cutting the trees and stacking them in piles. Behind them, not a single tree was left. `They can’t do that! It’s our forest`, shouted Matilda. `We need to stop them!' We sneaked past the machines to a container which was used as a temporary storage space by the workers. It was full of shelves and papers, and in one corner sat a man. He was dressed like a mad scientist. There were occasional sparks coming from something on the table. He was looking at it with an evil grin on his face. `Yes, very good. It should be ready by tomorrow, and I have enough wood to power it. When I use it, nobody will be able to stop me’, he laughed. He didn't see us. We quietly got out and ran as fast as we could to our base, an old tent. We discussed about it for a long time, and then came up with a plan. 'We have to scare away the scientist before he can destroy the forest completely. And I know exactly how to do it', I said. I took a map of the forest we have drawn. `OK, so the scientist is here`, I pointed at the upper part of the forest. `And the house is here`, I pointed at the big red X not that far away from our tent. 'Let’s go and get what we need, and then we will go through the plan again.' We walked north for around five minutes, when we came to an abandoned house, our second hideout. We found it accidentally, while playing in the woods. We climbed inside through a broken window at the back, crossed the room and opened our treasure chest. It was full of toys. We took out some masks and put them on. I was disguised as a dragon, and Matilda was disguised as an Indian. We walked to the container. I opened the door and yelled in a deep voice: `I am the dragon of the forest. Leave now or I will burn you and your machines!' Because the container had no windows, the only light was coming from behind us, forming a big scary shadow on the wall. He screamed and, while we were running away as fast as possible, packed his things and yelled at the cutters who were cutting down trees to pack. They left and the forest was saved. We continued to play in that forest for many years, and we'll never forget how we saved it. 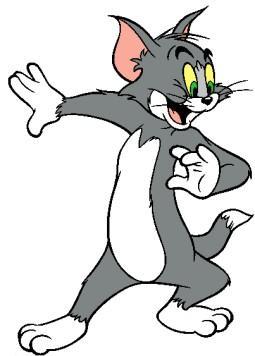