It was a battle. The Indian princess with her fellow pirate Eyepatch and me, her partner Fire Breath, charged at the enemy with the ninja squirrel as their all-seeing eye and their rabbit knight as a distraction. With her sword that was actually an umbrella, she yelled as they all started running. The enemy was petrified with fear and when they saw us, they fled. The battle was won. The Level map was ours. The legend says that it leads to a secret treasure. Something every kid wants.

The map stretched all the way from the sea to the castle of the Talking chairs. There were mountains and a forest in the middle, but we could easily go around the mountains and through the forest with our magic bikes and get to the treasure. I looked through my binoculars and saw that our destination was actually pretty close. All we had to do is go through the forest.

My sister, Brother Bear, Sam the Squirrel and Teddy the Rabbit all started moving while my sister told us a story on the way. It was about a boy that never grew up. It was my favorite story growing up. I never wanted to grow up myself. As we reached the forest, we saw something horrible. All the trees were gone. Cut down. That forest is one of the most magical places and one of the biggest and most important parts that keeps the Adventure running. It gives all the woodland creatures a home but also an incredible beauty to our eyes and special apples that make you fly.

A fellow squirrel told us everything about a new person in the Adventure. He was a scientist and he was trying to create a serum to become immortal because he was afraid of dying. The squirrel overheard one of his followers telling others about it. He cut down the trees when he saw what kind of magic they had. The squirrel said that all the trees were destroyed and the only way to grow them back is to plant a seed of one of the special apples. However, the scientist took them all. Then I knew that the treasure could wait and that we have to get that seed. The squirrel told us he has put his lab at the end of the once known forest. We went straight away. When we reached the lab, it was heavily guarded so we had to sneak inside.

There was an old ventilation system big enough for all of us to sneak in. Only Brother bear had some difficulty. We were very quiet as we crawled all the way to the main lab. We saw the Loon, as my sister called the scientist behind all this. Probably because he is crazy. My sister has a knack for naming people and things. Anyway, he was experimenting with a lightbulb and all that happened was a rainy cloud that shot a lightning bolt at it. To him, that was a success. He yelled happily and then went back to his desk and started writing something down. I looked down and saw an old legend book on one of the many piles of books. I read the legend that was written in the book. It spoke of a monster that haunts people who do bad things with the magic of the Adventure. It haunts them until they leave the land of the Adventure. I got an idea. The scientist was trying another experiment when Teddy the Rabbit started speaking in a low voice.

As I remember, the scientist turned around and looked confused at first but later on, he grew afraid.

“I merely wanted to understand it better. I never meant for it to hurt anybody. I’m sorry oh, the Great Spirit of the Land.” the scientist said. He was scared and he was shaking a little. Teddy continued.

“You are making me angry with all of your talk. Leave and never come back or I will be forced to call my loyal subjects and have them take you and your people out of the Adventure. Just let me tell you something. They are very aggressive when they are angry and they won’t have mercy on you. Now, do I make myself clear?!”

The Loon was shaking as he agreed. He called his men and they packed their things and went away for good never to be seen again. I took one of the apple seeds and planted it in the forest. The trees magically started to grow back and made us all fly. We went back to our treasure hunt flying around until we've found it. It was buried under the X mark on the ground. We started digging until we found it. We took the chest out and opened it. What was inside was amazing. It was full of toys of all kinds, costumes, and candy. We had fun with the toys all day long dressed up in costumes and later on we ate candy. That was just one of our days in the Adventure.

I’m old now. I keep remembering these moments and adventures we’ve had. I remember what it felt like to be a kid without a care in the world. I even act like a kid these days. I guess no one ever has to leave childhood. At least, not mentally. Most people don’t understand the importance of our childhood experiences. My childhood was fun, full of adventure and true friends that were really had to find. It took me a whole month to start being friendly with the Ninja Squirrel! It was all real. Never forget your childhood. Believe me, it will be worth it. 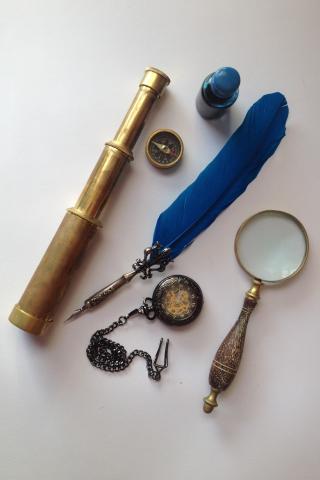