Lisa, Paul and their grandfather Luke are looking at the family photos. Grandpa says: „Look at this one. Here, I was seven years old. My younger sister Emma was then. At that time we had a lot of pets: bear Henry, rabbit Pop and a squirrel named Mary. "Do you want to hear a story?“ Kids answered: „Yes! “Ok, then“, grandpa said. „When I was seven, my sister Emma, our pets and I myself went to an old, spooky attic in our house. There we found an old chest. Inside the chest we found a lot of toys: a mini aeroplane, a robot, one ball, some teddy bears and a MAP. At the map we found  that there was a big treasure there and that we could go for treasure hunt. We immediately went to search for the treasure! It was really fun! We've followed the map to the forest. The forest was really nice. After some time spent in the forest we found a cottage. Emma looked inside the window. There was a crazy scientist inside. On one of the walls there was a plan named: „How to earn money on trees!“ and under that name was a drawing of tree-free forest. Then we moved into action! Meet... SUPERHEROES: Luke as a dragon named Fire, Emma as a red indian named Pocahontas, Henry as a pirate named Captain Hans, Pop as a brave knight named Richard the First and Mary as bat (Bat girl) named Stellabet. We went closer to the cottage and waited. When it was near half past two we could not wait anymore. The mad scientist was in the kitchen making a meal for himself. While he was eating we were making a monster near the cottage. Captain Hans and Pocahontas were the body, Richard the First was the head, Stellabet held the wings and I was the tail. We noticed that the scientist was in his room again, sitting on his chair so we started with our plan. Pocahontas shouted: „Turn on the light!“ Captain Hans turned on the light and shouted: „Roooooooaaaar!!!“ The scientist ran away in fear. The forest was saved and we became superheroes. „And our parents never knew about it“ grandpa said. 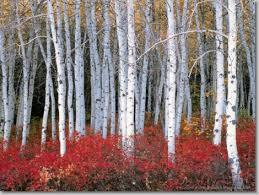