One day the siblings, Ben and Alma, visited their grandpa. Grandpa was a super painter. He loved taking photos and painting pictures. Ben thought that grandpa was a little chuk, chuk.

,,What shall we do grandpa?” asked Alma.

,,No, we can do everything else but not that!” thought Ben.

,,That’s me with my friends on a costume party”, said grandpa.

,,I was a dragon, Amy an Indian girl, Luke a pirate bear, Mike a rabbit knight and Susan a squirrel that can ,,fly”.

He talked about it a long time.

,,Look at this photo, that is my place before I built my house there.  I love animals.

Do you see the squirrel on this photo? It cried because it didn’t have a place where it could live. When I saw that I bought a plane ticket to and gave it to the squirrel.

,,That was my summer science project. Maybe I would have won when my robot hadn’t attacked prof. Donky. All the children were laughing, but prof. Donky was miserable. He took a bat and attacked the robot. That didn't end well...for my robot.” said grandpa.

,,Woow! Is that a treasure map?” asked the children.

,,Yes, it was from my old friend Willy. He said the map wasn’t real. He also said that he was an actor in a pirate story. Fiddlesticks! I found the treasure!

The castle was the museum, the forest was my house, the camp was a village, the x was David’s candy land and the treasures was a big red candy!” grandpa explained.

,,Do you know who this is?” asked grandpa.

,,Yes, one day he invited me to see his new project. I painted a beautiful picture and I couldn’t come. Then he took his project and brought it to my house! His mini lightning caused a big fire and it made bum, bam, kaboom, kabam... Then there was a big storm and the town went up! All people were scared. I asked doctor Kaboom what to do. He said that the town would travel around the planet and then it would explode. He was fascinated. I was in shock!” said grandpa.

,,Is that the photo from last year's costume party?” asked Alma.

,,Yes, it was so funny!” said grandpa. Then grandpa looked at the clock. It was already five to five in the afternoon.

,,Oh, I have art class with Jessica at five p.m.” said grandpa and got up. He put the photo album back on the shelf. The door bell rang:,,Ding! Dong!”

,,Oh, she isn’t a baby. She can enter the house by herself!” thought Ben. He opened the door and saw a girl in a wheelbarrow. Ben saw that Jessica couldn’t walk.

,,Hello Jessica. Did you finish the picture from last week?” asked grandpa.

,,It’s good, great for the gallery!” said grandpa and smiled.

,,You can play with Ben and Alma in the attic. I have to buy some paint.” said grandpa and brought Jessica to the attic.

Ben and Alma came, too.

They saw an old box that shines! Alma opened the box. A bear, arabbit and a squirrel jumped out of the box. That were toys!

,,We come from the TKH club (Toys Help Kids),” said the toys. The children were surprised!

,,We came to help Jessica”, said the Bear, ,,wek now that you don’t have a dad and that you are very ill.”

Jessica began to cry because she thought about her dad.

,,We know that you need his love” said the squirrel.

,,You don’t have to see love, you have to feel his love”, said the rabbit.

Then they hugged Jessica and she felt loved. She remembered all the good moments she had with her dad.

That gave her enough strength to get up and walk again. Love can do everything!

It was a real miracle! Jessica could walk again when she felt love, love from her dad, her mum, Ben, Alma and the TKH members. Everybody was happy! Imagine the look on her mother's face when she saw Jessica running into her arms. 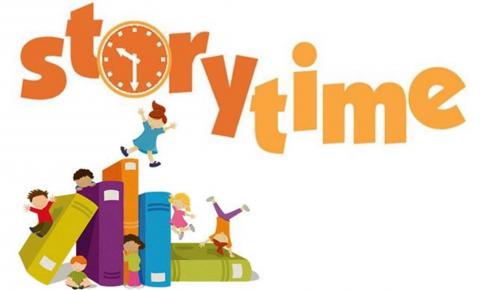