Steve's childhood In a small place was living an old man named Steve. One day he was sitting on his sofa and looking at an old album with pictures of his childhood. He remembered one of his old events. That event was like this: In his childhood he had his best friends. They were a girl named Daisy, a bear named Mark, a squirrel named Kitty and a bunny named Billy. They were inseparable. They were always playing with toys from a box that was on the attic. In the box there were planes, balls, robots and dragons. One sunny day they were playing outside. They heared a creepy sounds that were comming from the forest. Steve ran fast to the attic to find binoculars. When he looked at binoculars he saw everything that was happening. Big, scary machines were chopping down trees. All animals were running from the forest. The machines chopped down all trees. Steve and his friends went closer to the forest. They saw a worker which dropped the map. The squirrel ran fast and took the map. On the map they saw a big X. They went to the house to dress into something so that nobody will recognize them. Steve dressed into a dragon, Daisy dressed into indian, Mark dressed into pirate, Billy dressed into a knight and Kitty dressed into Super Squirrel. Following the map they came to a laboratory. They went into a laboratory. In a laboratory they heared someone speaking. That was a worker. He said that the whole forest is demolished and all animals are gone, but he lost his map. The scientist said he needs to go out becouse he is angry. Steve and his friends scared the scientist. He got scared and asked why did they do that. They said that they scared him becouse he chopped down all trees. They said that he needs to return the forest, if he doesn't they will call police. He promised them that he will return the forest. He put magical seeds in the cloud. Steve and his friend ran fast where the forest was. It started raining. When the raindrop touched the ground the trees started growing very fast. Steve and his freinds were happy and they started playing in the woods. His wife Daisy called him to drink coffe and interrupted his story. He will remember that story many, many times. Robert Bićanić, 5.A 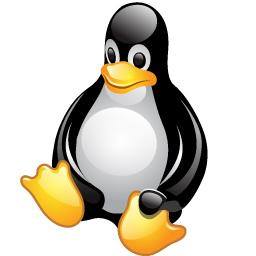