MAGICAL FOREST It was a beautiful summer day, grandpa Joe was looking at his yearbook and he was remembering his use to be best friend. They separated because his friend Freckles became a bully and he even bullied grandpa Joe. See, grandpa is even smiling because he still loves him even if he is a bad person. While grandpa is smiling unusual friends were playing outside... At the group there was one funny bear called Ted, a little bunny named Sammy, an active squirrel-Layla, a tall boy-Fred and a pretty girl-Samantha. They already played all the games but then Fred took his binoculars and saw a tree with a paper on it so they went to the tree to figure out what is it.IT WAS A TREASURE MAP! The map was weird, they reviewed the map over and over so they got an idea… Grandpa Joe had a chest full of costumes at the attic. So they searched over the chest and they found a lot of interesting and funny costumes. They went to find the treausere. Fred was half a dragon half a wizard, Samantha was half a Red indian and she is ready for a rain storm, Ted is a real PIRATE and probably a great cook, Layla is a batman and Sammy is an unknown character. They followed the treasure map but they got distracted so they played hide and seek. Very soon it was the evening. The FRIENDS played and played, they ran all over the village untill they came to a weird building so they decided to stay there a little bit to play in the light that was on the wall of the building. The door was opened but they were teriffied to come in. What they didn't know is that in there was an old scientist called Mr.Freckles. While he was working on a project the playfuled FRIENDS disturbed him so he couldn't focus. Mr.Freckles planned an evil and cruel plan to take revenge on them . He was planning all night… There were papers all over the floor and a lots of cemicals on the walls…He was laughing all night and thinking but at the end he came up with a simple idea.Then he realised that he wasted all night.HIS PLAN WAS… To completly cut the forest with bad attentions.He wanted to animals not have home…to make children cry because they can't play in the forest. But the FRIENDS had magical tree seeds…They sow a lot of the seeds and they closed their eyes and opened them after five seconds… The forest was shining and just AMAZING! The FRIENDS were everyone's heores!!! 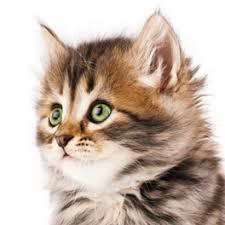