The wood is safe

The greatest adventure If you are wondering what am I looking at - it is my album of memories, so let me tell you a story about the greatest adventure in the world . It all started when two siblings went to play in the woods. They were having and they decided to enter the woods or as they called it – a secret place. Oh, yes, I almost forgot to tell you that the siblings were called Jack and Ruby. Only a few days later the animals heard horrible news. Somebody wanted to cut down their wood. The animals didn’t want to let that happen, so they remembered that last week they played dress up with Jack and Ruby. The animals went to get help from them but they already knew it and they knew the reason, too. The mad scientist wanted to build a laboratory right in its center . So the bravest animals went to fight with Jack and Ruby against the mad scientist. Jack and Ruby found the map of the mad scientist’s location. When our heroes finally came to their destination, they saw something they could never expect . They saw a dark, deep cave, and inside there was the mad scientist called Smich. He was experimenting with dangerous chemicals and electricity because he wanted to control the weather in the world. He wanted people to have only bad weather with storms and strong winds. Jack, Ruby, the bear, the bunny and the little fox put on their costumes and scared the scientist Smich who when he saw their shadow thought that they were a strange and dangerous beast so he said: “Please go away. ” They realized what was happening so they said : “I will go if you leave the wood where it is ” . The scientist quickly agreed and the woods was safe. Oh, and I was there too. My name is Jack. 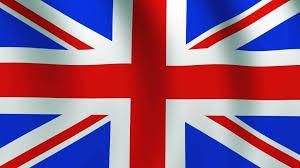