Brother John and sister Susan live in Spiez in Switzerland. That is a beautiful country with a lot of meadows and mountains. It was the carnival day. They were very excited because they wanted to meet new people. John was dressed as a scary dragon and his sister was a beautiful Indian girl.

At the carnival they met Pam the Squirrel. She was very frightened and she was crying for help. John and Susan were confused. Alfred the Bear and his friend Cade the Rabbit soon joined them. Alfred was very angry because people disappointed them. Cade explained that people are destroying the forest and that John and Susan must help them stop it. They both agreed. First they went to the man who ordered the destruction of the forest. His name was Platypus and he was a scientist. He wasn't happy at all when Susan told him to stop the destruction. He wanted to find treasure that was lying under the forest before his brother Tom did it first. John and Susan went out where Platypus couldn't hear them to talk. John explained that his grandpa was looking at some photos in the photo album and found a treasure map there. Susan assumed that Platypus could be their grandpa's brother. So, they made a plan. Pam the Squirrel told Platypus that they would find the treasure for him if he stopped destroying the forest. Platypus accepted and warned them to do it or he would destroy the whole forest. They all went went to Susan and John's house to pick up the map but grandpa wanted to know the reason. While they were on the treasure hunt Platypus decided he would continue destroying the forest hoping to find the treasure first and get rich. Two days later they still didn't find the treasure so they were disappointed. Alfred found out Platypus was still destroying the forest and he went for a walk. A few minutes later he came back saying he found a little house in the woods. Everyone joined him even though they were confused. Suddenly, they saw a vintage wooden house with a lot of flowers around it. They were curious so they went in. There were three rooms – kitchen, bathroom and a small living room. In the living room there was a small sofa, a little coffee table with three red tulips in a vase and a small chest in the corner. Cade believed that the chest was the treasure they were looking for so they took it to Platypus who was very disappointed when he saw what was in it. There were only a lot of toys. He now needed to stop destroying the forest because of his promise.

Everyone else was happy because there was no more destruction and they found new friends. They hanged out a lot after that and became close friends for the whole life. 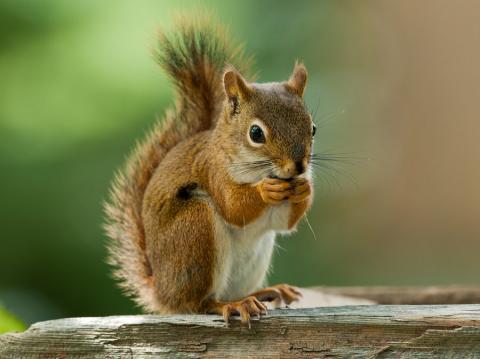