Once upon the time there was a boy named Will. He liked adventures and the most of all he loved spending time with his best friend Lucy and a bear Teddy. They've had many adventures and decided one day to visit Will's attic. The moment they entered the attic they saw a lot of dust, boxes, a few old wardrobes and a chest. The first thing that caught their attention was the chest. They ran towards the chest and opened it out of curiosity. It was filled with old toys.They were playing with the toys and at the bottom of the chest they found a map.They opened the map immediately and realised that the map led to a castle of an old scientist. They gave it a thought and agreed they had to go on this adventure. They equipped themselves with everything they needed and started their journey. They were walking all day and were tired. Will suggested to take a rest for a half an hour. As they were crossing the woods it was getting really dark. The wind started blowing and the stars shone brighter than ever. The wind didin't bother them, just the opposite, they started to have fun.They started running with joy and playing tag. After a while they were pretty exhausted and they've made a camp nearby. They've spent the night in the forest sleeping under the stars. In the morning, they started asking themselves where to go now. Will was looking around and was determined they have to go north. So, they went north and they ran into a village. They asked the villagers about the castle but none of them could help them. Luckily, the old man wanted to help them. He told them to get closer so that he can show them the way to the castle. The old man gave them some costumes. These were the costumes of a dragon, a pirate and a native. He said that if they wanted to enter the castle they had to wear this costumes. The kids put on the costumes and continued their adventure. It was getting dark and the kids started to get sleepy. Teddy pointed to a nearby forest where they could take a rest. They went to the forest but when they arrived the forest wasn't there. The only thing left were some stumps and a few sad and scared animals.They saw a fox and asked her what has happened. She said that dangerous men who were sent by the scientist came with some big machines and destroyed their homes. Will, Lucy and Teddy wanted to help but they didn't know how to. They were exhausted, they laid on the grass and slept for a few hours. It was still night when they woke up. They took their things and started going towards the castle once again. In the distance, they could finally see the castle. They were getting close and started making some plans on how to enter the castle.The animals they encountered knew where they were going because of the costumes they were wearing. The animals said the castle and the scientst were very dangerous. But, the kids weren't afraid. They came up with a very good plan. They came in front of the castle. The door was open and they went through. They silently climbed the stairs and saw the scientist in his lab. The scientist was doing a lot of interesting experiments. The kids were watching him with excitement. They saw he didin't like dragons and agreed they will scare him. They put the head of a dragon costume on a broom and started making some dragon noise. The plan worked. The scientist was very scared. The kids climbed down and tied him on the chair. They asked him why did he send the man with the machines to destroy the forest. The scientist said that he would never do such a thing again. Will, Lucy and Teddy apologised and asked that he forgave them for their little prank. The scientist happily forgave them and said it happens to him a lot. A lot of years later went by and one old man was looking at his pictures from his childhood. That old man was Will. He was remembering all the adventures with Lucy and Teddy. He was looking at all the old pictures with a big smile. He wanted to live through it once more. At the end, Will, Lucy and Teddy stayed best friends till the end. 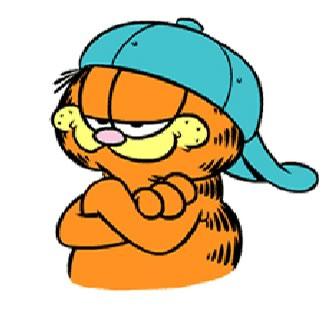