How we saved the forest

How we saved the forest by Lidija Vrdoljak Hello, guys. My name is John, John Kendy and right now I'm going to tell you a story. It is, in fact, a very important story of the power of friendship and the importance of preserving our wild nature and forests. Are you ready? Yes? Well, it goes like this: When I was a boy, I had a friend. He was a squirrel, a little cute squirrel that once had a really nice and big house on a tree in the forest. But one day some strange noises woke him up. He was terrified when he looked out at his forest and saw nothing but some people with some weird machines. Those mindless creatures were destroying his forest, his home. The squirrel couldn't look at it, but he knew that there was nothing he could do on his own, so he decided to ignore them. The next morning I was in the forest with my friends. We were a funny bunch - a big brown bear carrying a small white rabbit with very long ears on his shoulder. There was Alex, a little girl with short black hair wearing a long red dress with white dots. At that time I had black hair and I was wearing my favourite clothes – blue jeans and blue shirt with a yellow vest. We were all upset about the destruction of the forest. We were talking and as we were walking by a big rock we saw the squirrel lying next to it. We had a map of the forest but, despite that, we got lost. We decided to ask him for help. Luckily, the squirrel knew exactly where we were, so he pointed us in the right direction to the little house in the middle of the forest. We walked for miles discussing what we could do about stopping those cruel people. Finally, we saw the light coming from the house. When we came closer we saw a strange man working on some experiments. As we were circling around the house we noticed big machines which were destroying the forest. We knew that the old man was behind all of that. After thinking for a few days about what we could do, we had an idea. It wasn’t a great idea, but it was the best we had, so we decided to give it a try. We found some old costumes in my wardrobe and tried them on. The squirrel had a long black cape. The rabbit was dressed as a little knight. The bear was a pirate carrying a spoon and binoculars. Alex was an Indian carrying an umbrella. And finally, I was a dinosaur. We came back to the house in the middle of the forest and saw that the crazy scientist had just finished with his experiments and he looked pleased with himself. As we were looking through his window the shape we made on the wall was the one of a dangerous creature. We didn’t know he had seen us until there was a loud crash. He was so scared that he dropped everything he was holding. We didn’t know what to do, so we just stood there for a while. Then we decided to go in the house and see what was going on. The old scientist was crying next to his inventions. He broke all of them. At first, we first felt sorry for him, until we realized he was working on something more dangerous than those forest killing machines. We took him with us to see what he had done to all poor forest creatures. We wanted to make him realize how much damage he had already done. From that day on, the old scientist was doing everything to fix all his mistakes. He discovered a formula for faster tree growth. Now all animals will soon have their home again. As for us, we became inseparable. Now we hang out every day and watch the world become a better place. I hope you liked my story and will always remember that together we can make a difference. 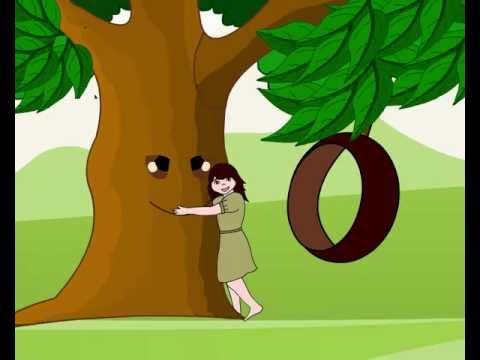